The University Lectures series is hosting Joy-Ann Reid, host of MSNBC’s “AM Joy” and columnist for The Daily Beast, on Tuesday, April 3, at 7:30 p.m. in Syracuse University’s Hendricks Chapel.

Reid will be engaged in an on-stage conversation with Dean Lorraine Branham from the S.I. Newhouse School of Public Communications and will take questions from the audience. The event is free and open to the public. 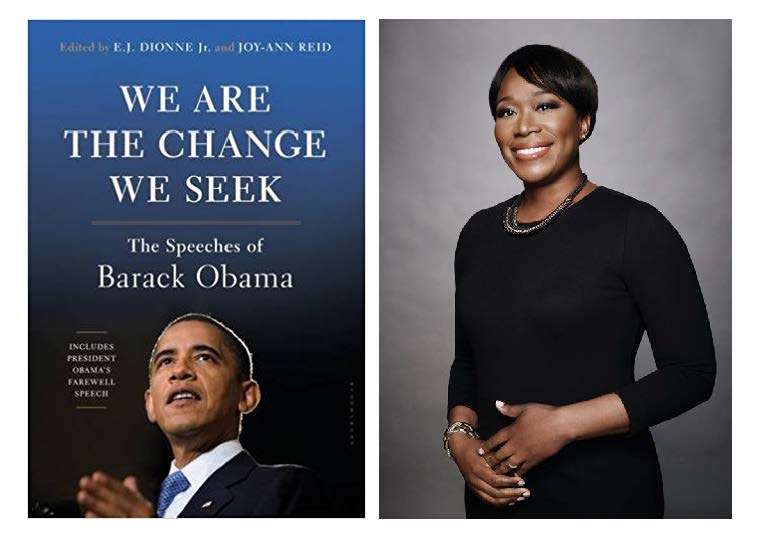 Her appearance is co-sponsored by the Newhouse School, with media sponsor WAER. American Sign Language (ASL) interpretation and Communication Access Realtime Translation (CART) are available at the lecture.

In addition to her journalistic responsibilities, Reid teaches the Newhouse School course Race, Gender and Media at SU’s Fisher Center in Manhattan. And she is very popular on social media with her Twitter (1.17 million followers), Facebook and Instagram accounts.

Reid is author of “Fracture: Barack Obama, the Clintons and the Racial Divide” (William Morrow/Harper Collins, 2015) and co-editor with Washington Post columnist E.J. Dionne of “We are the Change We Seek: The Speeches of Barack Obama” (Bloomsbury, 2016).

Prior to her current responsibilities, Reid was host of “The Reid Report,” a daily program that offered her distinctive analysis and insight on the day’s news. Before that, she was managing editor of theGrio.com, a daily online news and opinion platform devoted to delivering stories and perspectives that reflect and affect African-American audiences. Reid joined theGrio.com with experience as a freelance columnist for the Miami Herald and as editor of the political blog “The Reid Report.” She is a former talk radio producer and host for Radio One as well as an online news editor for the NBC affiliate WTVJ in Miramar, Florida.

Reid served as the Florida deputy communications director for the 527 “America Coming Together” initiative during the 2004 presidential campaign and was a press aide in the final stretch of President Barack Obama’s Florida campaign in 2008.