The legacy of the late Oscar Zeta Acosta is experiencing something of a resurgence, owing to the success of the 2017 documentary “The Rise and Fall of ‘Brown Buffalo.’” 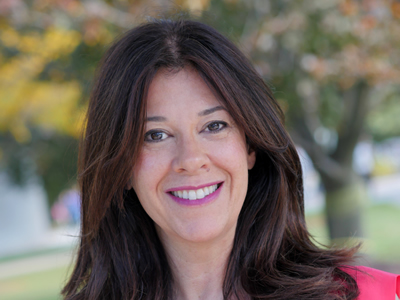 The stout, pugnacious attorney—the real life model for Dr. Gonzo in Hunter S. Thompson’s “Fear and Loathing in Las Vegas: A Savage Journey to the Heart of an American Dream”—also figures in the work of Stephanie Fetta, assistant professor of Spanish in the Department of Languages, Literatures and Linguistics (LLL). She says that, by the time of Acosta’s disappearance in 1974, the lawyer-turned-novelist was counterculture royalty—with an unusual secret.

“In 1971, Acosta published ‘Autobiography of a Brown Buffalo,’ a fictionalized account of his life,” says Fetta, whose realm of study spans critical race theory, critical ethnic studies and affect theory. “Acosta portrayed himself as an overweight, militant attorney to Chicano activists, but his character [Oscar] was sick. He constantly dealt with ulcers, flatulence, nausea and constipation. … As his ailing brown body impeded his social ascension, Oscar was forced to deal with core issues of sex and race—what we might understand today as gendered racialization.”

Shame and the body underscore Fetta’s forthcoming book, “Shaming into Brown: Somatic Transactions in Latina/o Literature” (The Ohio State University Press, 2018). The title refers to the social practice of shaming Latina/os into seeing themselves as “brown” and thus socially marginalized.

Based in Syracuse’s College of Arts and Sciences (A&S), Fetta says shaming is an “old social technology” that is used to evoke social conformity and justify marginalization, exile and even death. This has been the case in the United States, which, despite being one of the more tolerant places to live, remains a hotbed of racism and discrimination.

Growing up in Southern California, Fetta may have been too young to understand the many nuances of the Chicano civil rights movement, but her Chicana mother and extended family instilled in her sturdy notions of justice and equality, while sparking an interest in intersectional racialization. 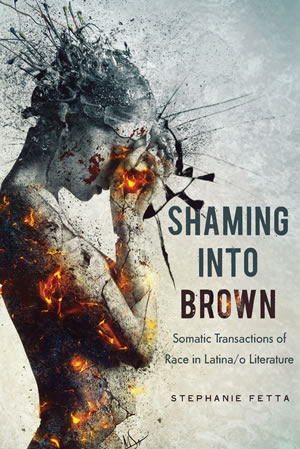 Such leanings spilled over into Fetta’s love of books, culminating in a Ph.D. in U.S. Chicana/o and Latina/o literature from the University of California, Irvine. “I’ve always been interested in how authors tackle issues of power through gender, the body, class standing and national belonging,” she says.

Of special interest to Fetta is the way the body speaks and registers its relation to power through the soma, a term often used in a medical contexts (e.g., “somatic symptoms”). The soma is a relatively old concept. Fetta says that, in the Old Testament, it refers to a “sense of embodiment, infused with spirit.” With these antecedents in mind, she uses the soma to point to the precognitive, intelligent and communicative body—the one that, through crying, gasping and gurgling, registers with and responds to its environment.

“The soma is found in many cultures, and is thought to contain or manifest one’s spirit,” says Fetta, a member of the campus-wide Democratizing Knowledge Project. “The soma is separate from intellectual activity, and is part of our emotional being. I see it as a key factor in human sociality.”

Acosta’s work—which recounts a four-day, cross-country trip, where the anti-hero imbibes, regurgitates and expels the trauma he encounters along the way—uses the stomach as a somatic device. Almost from the get-go, Oscar associates nausea with feelings of inadequacy, reinforced by his gendered and racialized physical unattractiveness. It is as if Oscar’s physical state is an expression of and a response to his experience as an underserved Chicano male, Fetta argues.

She points out that, in art and life, the body often imposes itself against our wishes. This is the case with Oscar, a boorish Bay Area public defender, who blames society for his personal and professional failings. “In contrast to his cocky, irreverent persona, Oscar’s digestion reveals how he truly works and lives,” says Fetta, editor of “The Chicano/Latino Literary Prize: An Anthology of Prize-Winning Fiction, Poetry and Drama” (Arte Público Press, 2008), for which she also wrote the introduction. “Continually in Latina/o texts, the soma is a key interlocutor to social negotiations of all kinds. … The soma is not a third actor; it is the first actor in social relations and a primary agent in Latino literature.” 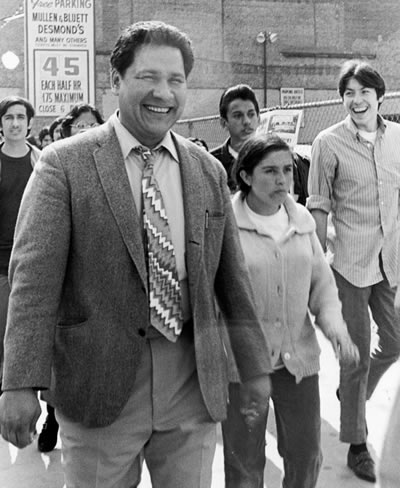 Oscar Zeta Acosta at a 1970 demonstration in Los Angeles. (Courtesy of PBS)

Although Latina/o literature has a rich, centuries-old history, Fetta concentrates on 20th- and 21st-century writers, such as the late poet Andrés Montoya and playwright-scholar Cherríe Moraga, who was in residence at Syracuse last year. Fetta’s novel approach to the soma as an analytical tool, used across the disciplines, stems from papers she has given throughout the United States, Canada, Spain, Morocco and Japan.

Particularly noteworthy is her transdisciplinary approach to “Shaming into Brown.” Having also studied at the Sorbonne in Paris, the University of Madrid, Stanford, Cornell and Bryn Mawr, Fetta draws on her background in Latinx studies and literary theory. She also augments her book with up-to-the-minute research data from the social sciences, neuroscience, critical theory and critical race theory.

Her aim is to get social and natural scientists, as well as humanists, thinking about the body and the value of literature in new ways.

“Research shows that we have an emotional and physical response of pain to shame,” says Fetta, whose LLL courses often are cross-listed with those in Latino-Latin American studies and Native American and Indigenous studies (NAIS). “Authors use this response, expressed through the soma, to drive structure, form, character development and style. I argue that the soma is a missing lens in the study of social power.”

Phil Arnold, chair and associate professor of religion, extols Fetta’s groundbreaking literary analysis and investigation of the soma, saying she approaches racialization in personal and cultural ways. “An important attribute of Dr. Fetta is that she seamlessly moves across boundaries of race, class and community,” says Arnold, who also teaches in the NAIS program. “She writes from the emotionally complicated space of being a Chicana, and yet her story resonates with all Americans. ‘Shaming into Brown’ is destined to become an important piece of scholarship.”

Karen Mary Davalos, professor of Chicano and Latino studies at the University of Minnesota, Twin Cities, considers Fetta’s book a “methodologically sophisticated project. ‘Shaming into Brown’ eloquently examines the scenes of racialization in Latin@/x literature, studying the moment at which the Latin@/x body experiences racial shame and how racialization takes place—how race is actualized—in somatic ways,” she writes. “Somatic analysis looks at uncontrolled gestures, postures and other paralinguistic forms of communication, such as crying, laughing, hiccupping or gasping. It argues that somatic analysis is insightful for unraveling the senses in the social method of racial shaming.”

Fetta takes the praise in stride, and hopes “Shaming into Brown”—and books like it—will spark a sustained dialogue about the impacts of marginalization. Given the current socio-political milieu, the time is ripe for change, she notes.

“The soma encourages us to equate negative feelings with physical difference,” Fetta concludes. “These feelings are socially conditioned, so that we regard race as biologically real and as a threat. It also explains the recent surge in pandemic police brutality, citizen violence in public protests and interpersonal hate crimes. … “[Shame] shows us the importance of our connections with others and what happens when these relationships are threatened. It is a universal condition.”