Point of Contact (POC) in the College of Arts and Sciences (A&S) will mark National Poetry Month with its annual “Cruel April” poetry series. 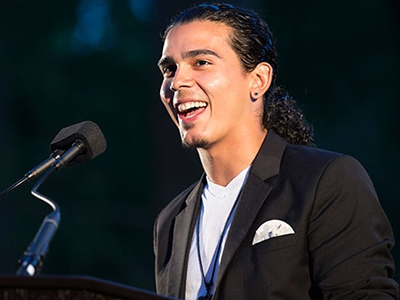 Every Thursday in April from 6-8 p.m., one or more visiting poets will read and discuss their work at the POC Gallery, located on the ground floor of the Nancy Cantor Warehouse in Downtown Syracuse (350 W. Fayette St.). The series is

free and open to the public.

“Cruel April” coincides with the publication of the 11th volume of “Corresponding Voices” (POC, 2018), a bilingual poetry journal co-edited by three members of A&S: Jules Gibbs, part-time instructor of English; Tere Paniagua ’82, executive director of the Office of Cultural Engagement for the Hispanic Community; and Kathryn Everly, professor of Spanish.

“Corresponding Voices” features the work of all five visiting poets, among many others.

They are as follows: 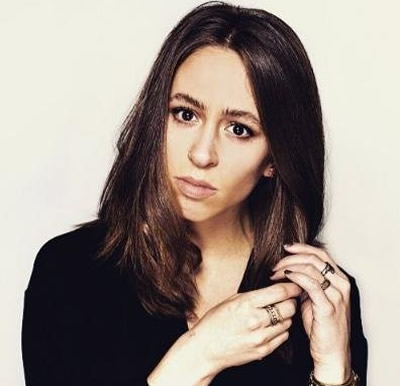 Thursday, April 12
Jessica Scicchitano ’11, G’14, a Philadelphia-based writer, editor and educator, and Rohan Chhetri, a Nepali-Indian poet in the M.F.A. Program in Creative Writing in A&S 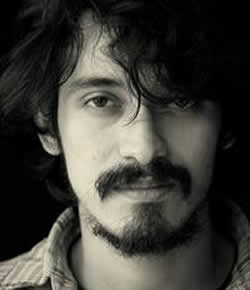 On Friday, April 20, POC will host a launch party for the regional arts journal Stone Canoe(YMCA Arts Branch, 2018) at 6 p.m. Called “Upstate New York Verve,” the party is free and open to the public, and is a collaboration between POC and the Y’s Downtown Writers Center.

For more than four decades, POC has elevated the verbal and visual arts through bilingual book series and poetry editions, an art gallery and a multicultural arts education program called El Punto.

“’Cruel April’ is one of POC’s signature programs,’ Paniagua says. “To be able to engage with established poets and rising stars is what makes this series so highly anticipated. The range of talent and styles onstage is unsurpassed, and the level of intimacy [between poets and the audience] is mesmerizing.” 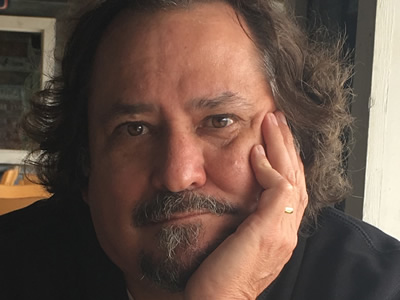 Quiñones is one of the Hispanic Coalition NY’s 40 Under 40 Rising Latino Stars. A veteran of the New York slam scene, he founded Project X, a Bronx-based, grassroots arts organization that sponsors open-mic nights, literary workshops and the popular Slam Series. His poetry has appeared in a variety of outlets, including the Latin American Literary Review, Literary Hub, Pilgrimage Press, The Best of Kweli Print Anthology, Manteca! an Anthology of Afro-Latin@ Poets and Afro Latinx Poetry. Quiñones’ performances are available online at the websites of the Huffington Post, Vibe, Button Poetry, Latina Magazine and Medium. He has received fellowships from Poets House, CantoMundo and The Watering Hole.

Scicchitano is the author of the chapbook “Dear Bucolic Landscape.” Her work also appears in Sixth Finch, as well as Potluck and Prelude magazines. Born and raised in Syracuse, Scicchitano earned a bachelor’s degree in English and an M.F.A. in creative writing from the University, where she was the nonfiction editor for the Salt Hill literary journal. Scicchitano has since held various administrative positions at Syracuse and Onondaga Community College, and has worked in New York City as a tutor and copyeditor.

Chhetri is a University Fellow known for his literary prowess on both sides of the Atlantic. His first book, “Slow Startle” (The (Great) Indian Poetry Collective, 2016), was the inaugural winner of India’s Emerging Poets Prize. He has received fellowships from the Norman Mailer Center in New York and the Sangam House in the South Indian city of Bangalore. In July, he won Daniel Handler’s inaugural Per Diem Poetry Prize, enabling him to publish the forthcoming chapbook, “Jurassic Desire.”

Sanjinés is a Bolivian-born teacher, scholar and writer who has lived in the United States most of his life. At CCU, he teaches and studies Latin American literature and film, semiotics of culture and cinema, linguistics and foreign language pedagogy, intermodal and intercultural communication, and new media studies. Sanjinés also is president of the CCU chapter of the American Association of University Professors. A polyglot with a knowledge of or fluency in six languages, he is a prolific translator, whose publications include “Strolls on the Horizon: Semiotic Frontiers in Julio Cortázar’s Short Narrative” (Peter Lang Publishing, 1994). He also has authored a variety of stories and poetry, as well as a children’s book. 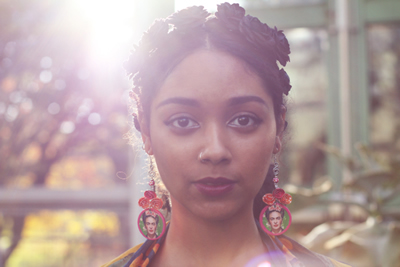 Elhillo is the author of “The January Children” (University of Nebraska Press, 2017), and is co-editor with Fatimah Asghar of the forthcoming anthology “Halal, If You Hear Me” (Haymarket Books). A teaching artist at Split This Rock, Elhillo is a prolific poet whose work has appeared in numerous magazines, anthologies and online platforms (including the Academy of American Poets’ Poem-a-Day series and TEDxNewYork). Her poetry has been translated into Arabic, Japanese, Estonian, Portuguese and Greek. She was a founding member of Slam NYU, a two-time collegiate national champion, and a member and coach of the D.C. Youth Poetry Slam Team.

A&S and the Coalition of Museums and Art Centers at Syracuse University co-sponsor “Cruel April,” with support from the Department of Languages, Literatures and Linguistics in A&S and the New York State Council on the Arts.