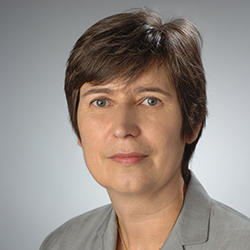 Journalist Dorothy Thompson, a 1914 alumna of Syracuse University, is not well known today, but before and during World War II, she was one of the U.S.’s most influential women, along with First Lady Eleanor Roosevelt. In her new book, “Dorothy Thompson and German Writers in Defense of Democracy” (Peter Lang GmbH, Internatiionaler Verlag der Wissenschaften, 2018), Associate Professor of German Karina von Tippelskirch investigates Thompson’s early and fierce opposition to Adolf Hitler, and how she acted as an agent of cultural transference between Germany and the United States.