Nine out of 10 people who are awaiting resolution of their felony criminal case in jail are being detained because they can’t afford the pre-trial bail, according to national statistics.

What does that say about the U.S. criminal justice system? Is it fair? Is it unconstitutional?

Judges use their discretion in determining bail, weighing a defendant’s flight risk—the risk of them not showing up in court—and in certain cases their danger to society if they are released. 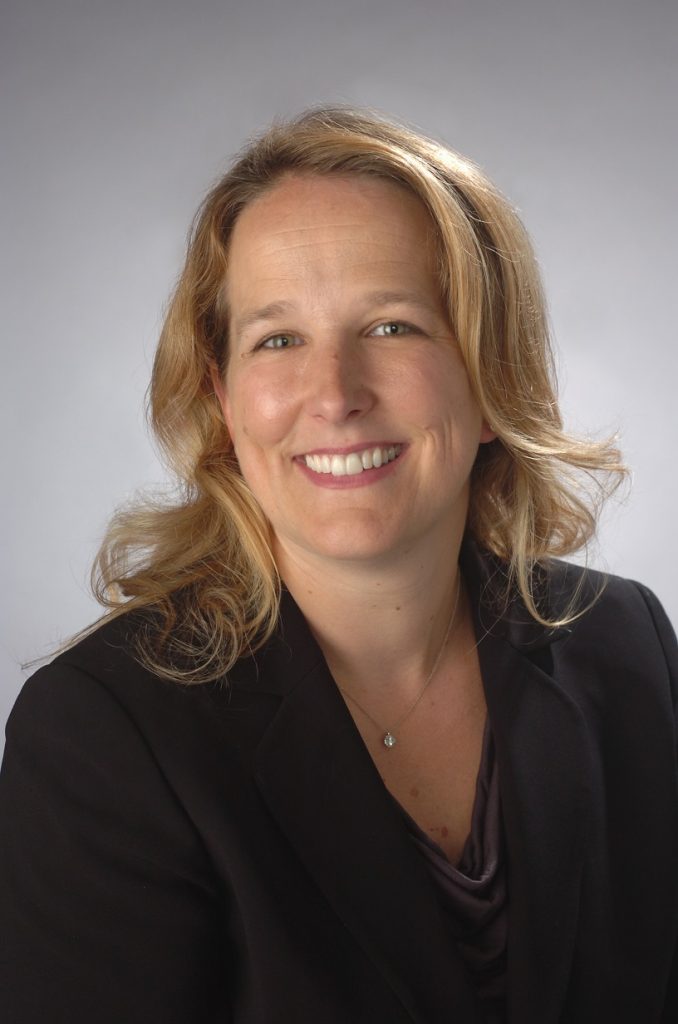 But Associate Professor of Law Lauryn Gouldin has observed how bail has become too restrictive and overly burdensome for defendants, when alternative means to ensure someone’s return to court might be just as effective.

“Bail originally was a way to secure someone’s release, and it’s now become this path to detention,” Gouldin says. “Our current system is pretty well divorced from whatever logic originally justified bail.”

Gouldin is part of an increasing number of legal scholars who are examining pretrial risk assessment, the process of bail determination and excessive rates of pretrial detention in the United States. Her work also looks at bail reform proposals that could better align individual liberties with the need to ensure a defendant’s appearance in court and decrease the number of people in jail as they wait for their case to be determined.

Her research in this area examines the 8th Amendment: “Excessive bail shall not be required, nor excessive fines imposed, nor cruel and unusual punishments inflicted.”

Just six words, out of 16—in a law crafted more than 225 years ago—guide the constitutional analysis of bail.

“It’s very slender language. There’s almost nothing in the discussion of what the framers intended by this,” says Gouldin, who has an upcoming article, “Defining Flight Risk,” in the University of Chicago Law Review.

But the language, in its simple phrasing, speaks volumes to protect an individual’s rights.

“There are clear constitutional issues when we don’t employ the least restrictive means to ensure that someone comes to court,” Gouldin says.

Along with concern over basic liberties, “there are cascading problems that are created when we detain people before trial,” Gouldin says. “There are impacts to their family obligations, their educational opportunities and employment—all of these have an impact on communities that we should work to avoid.”

Studies also show that pretrial detention affects case outcomes. Defendants detained before trial are more likely (than similar defendants who are released before trial) to plead guilty, to be convicted after trial and to receive longer sentences.

Recently, however, Gouldin has seen a turnaround in attention being paid to issues of excessive bail.

Federal legislation around bail has been proposed, along with proposals in some states, including New York State, where reforms (including a proposal to eliminate money bail for low-level offenses) are being actively debated. 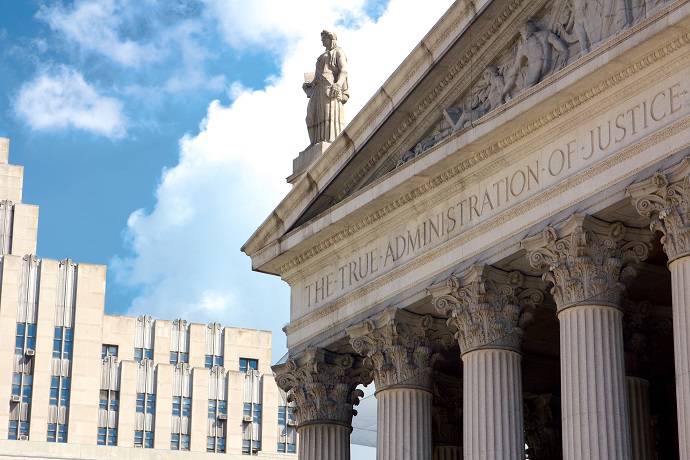 College of Law Associate Professor Lauryn Gouldin is part of an increasing number of legal scholars who are examining pretrial risk assessment, the process of bail determination and excessive rates of pretrial detention in the United States.

“I write about questions of fairness and the need to protect individual liberties, but one of the appealing things for me as a researcher is that so often there are counterintuitive policy impacts,” says Gouldin, who also does research in matters involving the Fourth Amendment. “For some of these policies, the government is shooting itself in the foot in the way that it approaches pretrial detention. It turns out to be very expensive to detain people—particularly those charged with low-level, nonviolent offenses—as opposed to trying to impose less restrictive conditions of release to ensure they come back to court.”

One of the reasons that many types of bail reform proposals attract bipartisan support is that there are spaces where the system operates so inefficiently that we can be more protective of individual liberties, while also promoting community stability and safety,” she says.

Gouldin initially focused on the federal bail statute, which permits pretrial detention based on flight risk and, in some cases, dangerousness. In an article for the Brigham Young University Law Review, “Disentangling Flight Risk from Dangerousness” (2016), Gouldin examined the problem with combining two factors into one pretrial risk score; how judges were more likely to overestimate both risks through questions used to help predict both factors and why they should evaluate both factors separately.

Her forthcoming article, “Defining Flight Risk,” discusses the need to distinguish between those who would truly pose a flight risk (by fleeing the jurisdiction) and someone who just may have a difficulty in returning to court—such as if they forget a court appearance or have a conflict and are not able to promptly contact the court.

“There are people who spend time in jail only because they can’t afford $250 for their bail,” Gouldin says. “People are finally appreciating that’s there’s no situation in which that makes sense.”

Gouldin, who is assisted in her work by graduate students who work on analyzing federal and state cases and statutes and tracking policy developments across states, notes interventions such as reminders or more flexible court schedules may help to mitigate some of these issues.

Her research also looks at pretrial risk assessment tools that involve the use of specific questions to help judges make better predictions of a person’s flight risk. While some of the tools have potential, Gouldin has also noticed flaws that don’t match existing legal constraints or policy priorities and are not nuanced enough in understanding why someone might fail to appear for a court date.

Gouldin, who teaches Constitutional Law and Criminal Procedure, often involves students in discussions on policies and reforms associated with the Fourth and Eighth amendments. Her new seminar course in the fall, Criminal Justice Reform, will look at a range of criminal justice problems with a focus on issues of policing, bail and pretrial detention, and the opioid crisis. The course is open to graduate students across campus for an interdisciplinary conversation.

“I’m going to push students to identify policymakers or legislators who could be an audience for their work,” Gouldin says. “It’s about developing real policy proposals—pointing out fixes that are working in other places or reforms that could be considered.”