Members of the College of Visual and Performing Arts (VPA) will headline a Good Friday concert at DeWitt Community Church (DCC). 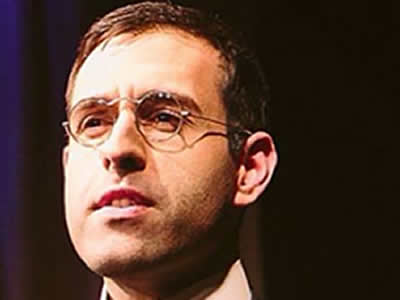 On Friday, March 30, Abel Searor ’08, G’10, who teaches piano in the Rose, Jules R. and Stanford S. Setnor School of Music and is a staff accompanist in the Department of Drama, will lead the DCC Chancel Choir in an English version of Théodore Dubois’ “The Seven Last Words of Christ.” The performance will take place at 7 p.m. in DCC’s main sanctuary (3600 Erie Blvd., DeWitt).

Soloists include soprano Laura Enslin and tenor Richard Crawley, both of whom teach voice in the drama department and the Setnor School. Deette Bunn, who teaches harp in the Setnor School, also is on the program.

The concert is free and open to the public. For more information, call DCC at 315.445.0331 or visit dewittchurch.org.

Searor, who is DCC’s director of worship arts, says the Good Friday concert is a popular local tradition. “It is an opportunity to delve more deeply into the mystery and meaning of Holy Week,” he explains. “By spreading the word of God through music, we hope to inspire longtime [church] members and visitors alike. It is our gift to the community.”

A composer of many religious works, DuBois is a suitable choice to mark Good Friday. “The Seven Last Words of Christ,” dating from 1867, is arguably his best-known composition.

Premiered in Paris on Good Friday, the oratorio highlights the seven last sayings, or “words,” of Christ on the cross, according to the New Testament. The Seven Last Words encompass notions of forgiveness, salvation, relationship, abandonment, distress, triumph and reunion. 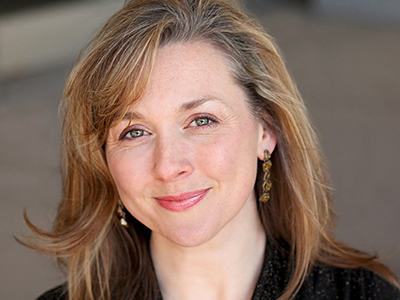 Dubois wrote the music and the original Latin text, the latter of which came from the Latin Vulgate translation of the Bible and various traditional Catholic prayers. This performance features his popular 1899 English-language edition.

Searor says that, while there are no fewer than 15 settings of the Seven Last Words (the most famous of which is Haydn’s), Dubois’ selection of Latin verses and prayers from the New Testament is unique unto him.

“The Seven Last Words help us understand what was important to Jesus, since Biblical accounts suggest He was relatively silent during the final hours of His life,” Searor adds. “Like any good oratorio, Dubois’ is a marriage of words and music—a potent retelling of Jesus’ crucifixion, awash in fin-de-siècle Romanticism.”

In addition to being a versatile composer, Dubois was an accomplished organist, choirmaster and music teacher. His more than 30 years at the prestigious Paris Conservatoire—nine as director—were indicative of his artistic and political influence. Dubois’ musical circles included Ravel, Saint-Saëns, Franck, Fauré and Dukas, to name a few.

Presenting Dubois’ music is a trio of local favorites.

Enslin has appeared with orchestras and opera companies throughout the Northeast, including the Buffalo Philharmonic, Symphoria and the Syracuse Opera. In January, she sang the role of suffragist Elizabeth Cady Stanton in the world premiere of “Pushed Aside: Reclaiming Gage,” commissioned by the Society for New Music. Enslin also runs a private studio at DCC called CNY Singing Garden.

Crawley has performed leading roles with opera companies internationally, including the Metropolitan Opera, New York City Opera, San Francisco Opera, Lyric Opera of Chicago, the State Opera of South Australia and the Greek National Opera. He also has sung roles at the Mariinsky Theater in Russia and Teatro Colòn in Buenos Aires. Concert engagements include the Tokyo Philharmonic Orchestra, Baltimore Symphony and Syracuse Symphony, as well as featured appearances at Carnegie Hall, Avery Fisher Hall and the Washington National Cathedral. Crawley also is an accomplished pianist, organist and choral conductor. 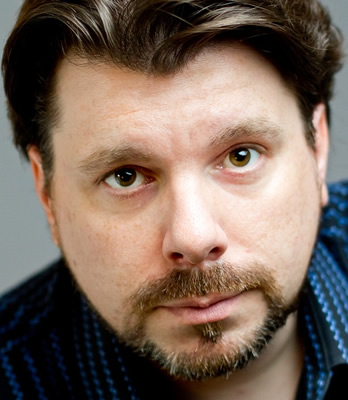 A fixture on the regional circuit, Green has sung with the Syracuse Opera Chorus for more than 15 years. He also has enjoyed stints with the Tri-Cities Opera Company in Binghamton, the Cortland Repertory Theatre, the Savoyards Music Theatre Ltd. (formerly Cornell Savoyards) and the Chenango Community Players in his hometown of Norwich. In addition to being a soloist and recitalist, Green is an acting and vocal coach, rehearsal director and beginning piano instructor.

“All three soloists are incomparable talents, as well as beloved figures in the community. We are honored to work with them,” says Searor, whose name is virtually synonymous with local musical theater.

A classically trained pianist and organist, Searor recently has collaborated with the Baldwinsville Theater Guild (in award-winning productions of “Sweeney Todd” and “Les Misérables”), St. David’s Celebration of the Arts and the CNY Playhouse. He previously was music director at St. David’s Episcopal Church in DeWitt, and has been a regular arts contributor to Syracuse.com.

DCC serves nearly 2,000 members throughout Central New York. Founded as a Methodist church in the home of a Revolutionary War hero in 1811, the original building burned down in 1886. Members rebuilt the church a year later, not far from its present site on Erie Boulevard. Today, DCC is a self-proclaimed “Christian church for all people,” providing ministry opportunities in areas of music, worship, education, hospitality and compassion.