In a discussion moderated by Professor Tula Goenka, producer Christine Vachon will discuss her career, the film industry and other topics March 21 at 6:30 p.m. in the Joyce Hergenhan Auditorium, Newhouse 3. 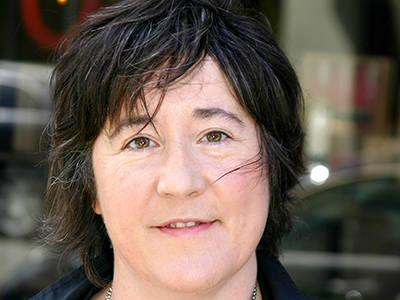 Vachon is co-founder of the New York City-based Killer Films. The company has produced a number of the most acclaimed American independent films over the past two decades, including “Far from Heaven” (nominated for four Academy Awards), “Boys Don’t Cry” (Academy Award winner), “One Hour Photo” and “I’m Not There” (Academy Award nominated). Killer Films executive produced “Mildred Pierce,” the Emmy Award-winning HBO series starring Kate Winslet. Most recently, the company produced the Oscar-nominated “Still Alice,” for which Julianne Moore was awarded a Golden Globe and an Academy Award, and “Carol.” Killer Films is also producing the new television series, “Z: The Beginning of Everything” for Amazon.

Vachon’s talk is sponsored by the Newhouse School’s Department of Television, Radio and Film. Computer Assisted Real-Time Translation (CART) will be provided. For more information, or if you require other accommodations, contact Mary Ann Durantini at 315.443.2150 or mmdurant@syr.edu.