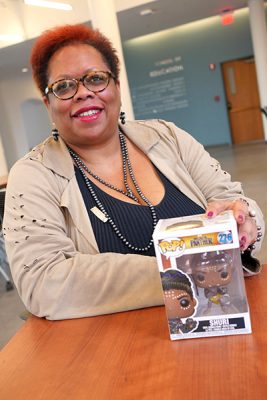 Based in the School of Education, Kal Alston is a professor of cultural foundations of education. Alston’s scholarly interests center on intersections of popular culture and media with American experiences of race, class and gender. She commented on the cultural phenomenon that the movie “Black Panther” has become.