Two Syracuse University juniors have been named as 2018 finalists for the prestigious Truman Scholarship. 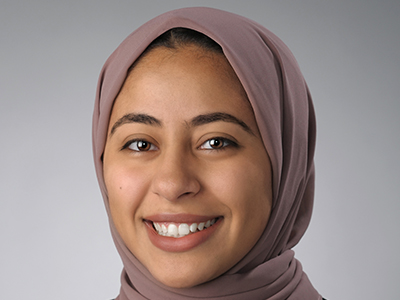 The Truman Scholarship is awarded to approximately 55-65 college juniors each year in recognition of community service, academic accomplishment and commitment to a career of public service.  This year, 194 finalists were selected from more than 750 nominated by schools and colleges from around the country.

The Harry S. Truman Scholarship Foundation was created by Congress in 1975 to be the nation’s living memorial to President Harry S. Truman. Since its creation, the Truman award has become one of the most prestigious national scholarships in the United States. The scholarship seeks to fund students who possess the leadership skills, intellect and passion that will make them “change agents” for the public good in any field. Recipients receive $30,000 to fund up to three years of graduate education leading to a career in public service. Winners also benefit from a network of other scholars and the opportunity to participate in professional development programming to help prepare them for careers in public service leadership.

“Dina and Crystal are extraordinary students and activists who are passionate about public service,” says Jolynn Parker, director of CFSA. “We’re so proud that they have been recognized as Truman Scholarship finalists. Being selected as a finalist is itself a tremendous honor in this competition.”

The Truman Scholarship would give Eldawy the opportunity to continue to do something she loves—serving others. “Truman provides an opportunity to pursue a career in public service,” she says. “Filling out the application in itself was an eye-opening experience that helped me understand what I am most passionate about and what I want to do in the future.”

Eldawy has moved several times and her life, and visited family in Egypt each summer. Because of these experiences, she understands current issues through a global and intersectional perspective. “While many differences separate people around the world, I know that one unifying factor is that there are people making positive changes globally and locally, like in the Syracuse community, and I want to be one of those people,” she says.

Eldawy plans on making positive change in international development missions and foreign aid, particularly in the Middle East, and wants to work on education initiatives, especially for youth and women in countries like Egypt. “I believe that empowering the people and fostering civil society, instead of funding military governments, will have a greater potential for peace-building in the Middle East.” 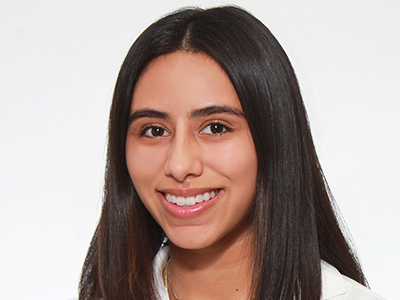 Letona applied for the Truman Scholarship because she wants to address the racial and class disparities in reproductive and sexual health, particularly among low-income women of color. “To do this, I plan to pursue a dual degree program in law and public policy or administration; eventually, I want to run for City Council of Los Angeles,” she says. “With the Truman Scholarship, I could focus and achieve my career goals without the financial burden.”

Growing up in a predominantly Latino community in Los Angeles with her single mother and sister, Letona says she never really considered a job in public service, especially because there weren’t many people who looked like her holding public office. She worked on Wendy Greuel’s campaign for mayor of Los Angeles, and was inspired by her efforts.

Letona has volunteered within the Syracuse community through different organizations on and off campus, such as Students Advocating for Sexual Safety and Empowerment (SASSE) and Planned Parenthood. “I knew, however, that volunteering was not enough, which is why I started thinking about how I could enact change through policies and legislation,” she says. During the summer of her freshman year, she interned in the Office of the Los Angeles City Attorney, working with the diverse residents of Los Angeles through community engagement and outreach.

“My public sector experiences, along with my time at Syracuse University, cemented my decision to pursue a career in public service,” Letona says.

Letona is extremely passionate about promoting sexual health, family planning and reproductive rights. “I come from a culture where not talking about our bodies and sex is the norm. Many people within my community do not have access to education about their sexual health and body. Latinos and other communities of color continue to face reproductive obstacles as a result of systematic barriers, including poverty, racism and lack of insurance,” she says. “I want to make comprehensive sex education and quality healthcare available to all women, especially Latinas within low-income communities, because they need the ability to exercise self-determination, including making decisions about their reproductive lives.”