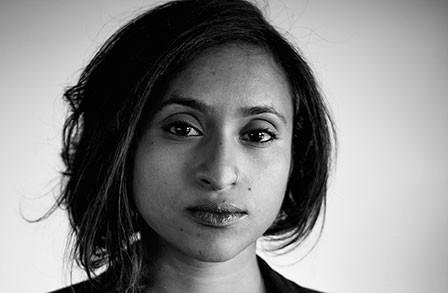 Poet Tarfia Faizullah will take part in a Q&A session and read from her work on Wednesday, Feb. 28, as part of the 2017-18 Raymond Carver Reading Series. The Q&A is at 3:45 p.m. and the reading is at 5:30 p.m., with both activities taking place in Huntington Beard Crouse Hall’s Gifford Auditorium.

Faizullah teaches in the Helen Zell Writers’ Program at the University of Michigan as the Nicholas Delbanco Visiting Professor in Poetry. Her new book of poems, “Registers of Illuminated Villages,” will be published by Graywolf Press on March 6.

Faizullah has been a recipient of a Fulbright Fellowship, three Pushcart Prizes and the Frederick Bock Prize. Her poems have been published widely in periodicals and anthologies in the United States and abroad; have been translated into Bengali, Chinese, Persian, Spanish and Tamil; and have been featured at the Smithsonian and the Rubin Museum of Art.