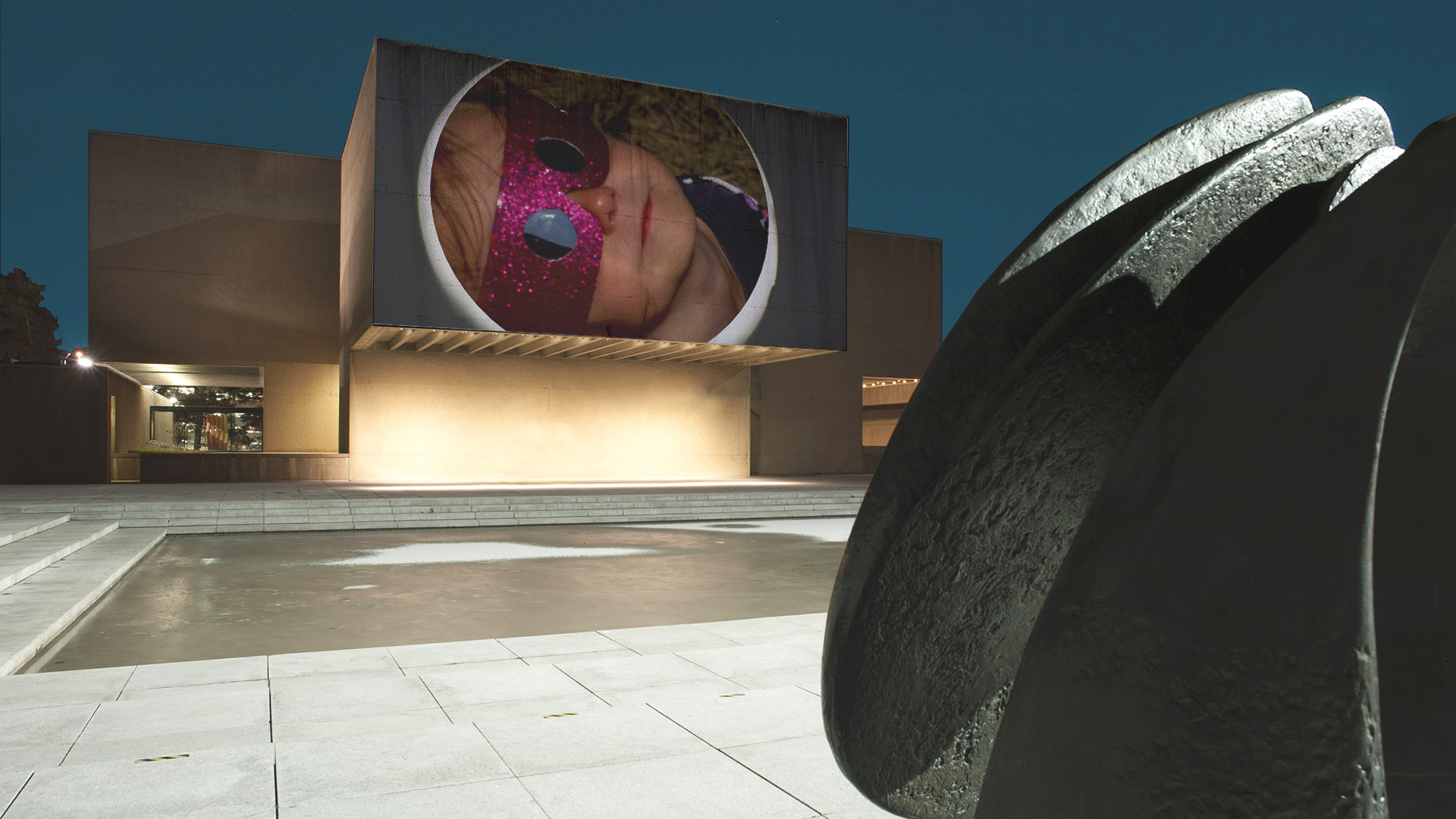 A scene from “Tropistic Creatures,” as projected outdoors at the Everson Museum of Art.

Rødbro and Shavit will be present for an indoor screening—including additional selections of their work—and an audience Q&A on Thursday, March 8, at 6:30 p.m. in Watson Theater. This event is made possible through the generous support of the Syracuse University Humanities Center as part of the official program of Syracuse Symposium 2017-2018: Belonging. A reception will follow. The event is free and open to the public.

The title of the exhibition and related event points to parallels in Rødbro’s and Shavit’s artistic process. Both artists have work that involves them integrating into and establishing relationships within the family structures and tightly knit subcultures that they document. “AKIN” also points to the ways that both artists make the process of watching uncomfortable for the audience in ways that lead us to reflect on our own beliefs and assumptions. In the triangle of artist-subject-audience, Rødbro and Shavit don’t give us signposts telling us how to respond to the images they create or where they stand as the documentarians. The artists work with vulnerable subjects: a young child trying to make sense of the adult complexities of their family life and their struggling single parent and a rabbit being roughly handled at a show and the older “gentleman” who clearly takes his hobby as a rabbit fancier very seriously.

The presence of the artist behind the camera—and sometimes in front of it—adds another layer of uncertainty for us as audience members. We are led to wonder why they are there and how they gained such intimate access, questions which point to the complex relationships at the heart of all documentary. While the images are uncomfortable to watch, the artists do not give us direction on how to judge the characters or whether we should be judging them at all. The fact that much of the imagery is beautiful and compelling makes our position even more conflicted, because we do not want to simply look away. In our ambivalent position, questions of belonging and identification get messy. During a cultural moment in which the politics of looking are more fraught than ever, we are left to wonder, who do we connect with? Who is our “kin”? 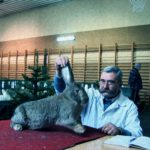 A scene from Keren Shavit’s “Rabbits.”

A reality show for rabbits made by aliens—in this surreal documentary piece, a group of men in long white coats congregate at the local community center basketball gym for the evaluation of 144 rabbits. The proceedings are scored to an oddly ominous, hypnotic dance track, lending a sinister undercurrent that never quite resolves into outright cruelty. In the end, the rabbit scoring highest in all categories is declared the lucky winner of a trophy adorned with a golden bunny on top a world globe. 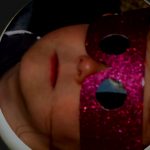 For UVP, Rødbro has made “Tropistic Creatures,” a special edit from her new project, “I Hope I See You Before I Die,” for which Rødbro revisits the tight family clan at the center of the award-winning 2010 piece, “I Touched Her Legs.” In all three of these works, Rødbro has focused on the complex relations of a single family that she has observed and interacted with for a number of years.

The title, “Tropistic Creatures,” is a reference to tropism, the biological phenomenon of movement or growth in response to environmental stimulus, such as plants turning toward sunlight. The piece is a dreamy montage of children playing on asphalt lit by street lamps, a solar eclipse, animals both familiar and strange, plants that grow at night or in the dark—all interposed with the children’s poetic understanding (and misunderstanding) of the complexity of family relations. Blood is thicker than anything, and in Rødbro’s narrative the constellation of the family is the frame of the world.

Keren Shavit is a mixed media artist and curator, living and working in Brooklyn, New York. She graduated from Bezalel Academy of Art and Design, Jerusalem, and was a selected participant in the

Eva Marie Rødbro is a photographer and award-winning maker of short films that explore youth culture in a variety of contexts. She was educated at art academies in Denmark and the Netherlands. Her most recent short, “We Chose the Milky Way” (2015), screened at the 2016 International Film Festival of Rotterdam and at the 2016 Ann Arbor Film Festival, where it won the George Manupelli Founder’s Spirit Award.