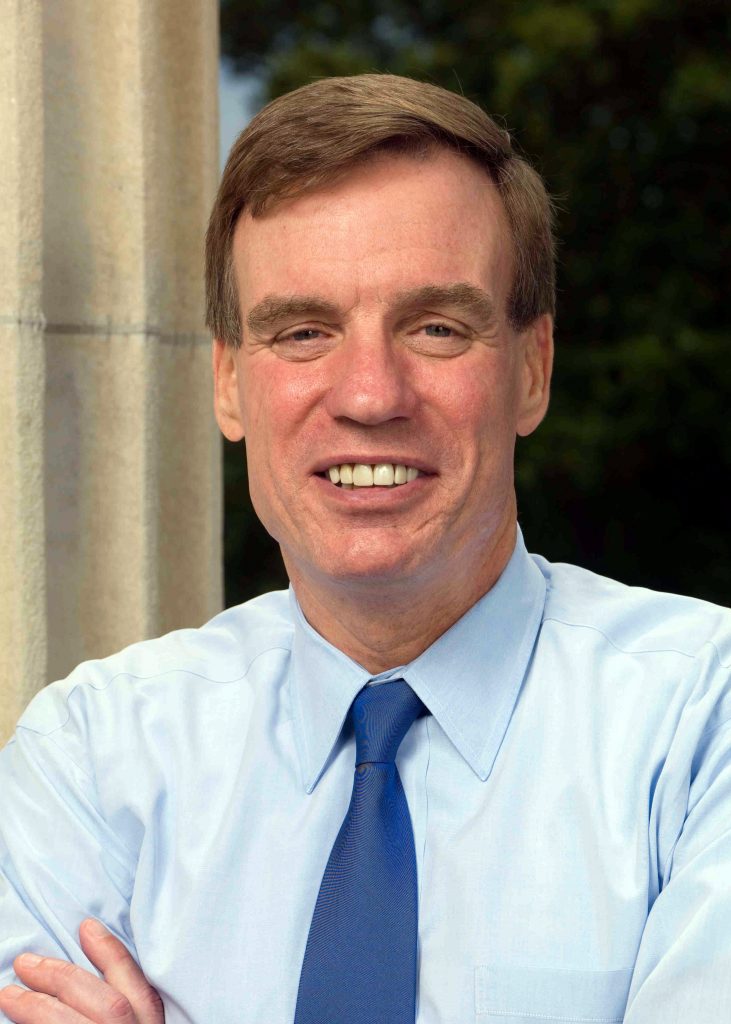 U.S. Sen. Mark Warner of Virginia, the vice chairman of the Senate Intelligence Committee, will be the keynote speaker at the award ceremony for the Toner Prize for Excellence in Political Reporting March 26 in Washington, D.C.

The Toner Prize, sponsored by the S.I. Newhouse School of Public Communications at Syracuse University, honors the life and work of late alumna Robin Toner ’76, the first woman to be national political correspondent for The New York Times.

“High-quality journalism is essential to our democracy—now more than ever. I look forward to joining Syracuse University’s Newhouse School and the family of Robin Toner to celebrate the free press and outstanding political journalism.”

“Sen. Warner has a unique perspective on the questions and challenges currently facing our democracy and its institutions—including politics, policy and the free press, which are the focus of the Toner Prize,” says Newhouse Dean Lorraine Branham. “We are thrilled that he has agreed to join us, and we look forward to hearing from him.”

As the Senate Intelligence Committee investigates Russian interference in the 2016 presidential election, Warner and the panel’s chairman, Sen. Richard Burr of North Carolina, have set a standard for serious bipartisan work rarely seen in Washington today.

Warner was elected to the U.S. Senate in November 2008 and reelected to a second term in November 2014. He serves on the Senate Finance, Banking, Budget and Rules Committees, as well as the Intelligence Committee. During his time in the Senate, Warner has established himself as a bipartisan leader who has worked with Republicans and Democrats alike to cut red tape, increase government performance and accountability and promote private sector innovation and job creation. Warner has been recognized as a national leader in fighting for our military men and women and veterans, and in working to find bipartisan, balanced solutions to address our country’s debt and deficit.

From 2002 to 2006, he served as governor of Virginia. When he left office in 2006, Virginia was ranked as the best state for business, the best-managed state and the best state in which to receive a public education.

The first in his family to graduate from college, Warner spent 20 years as a successful technology and business leader in Virginia before entering public office. An early investor in the cellular telephone business, he co-founded the company that became Nextel and invested in hundreds of startup technology companies that created tens of thousands of jobs.

Toner graduated from Syracuse with a dual degree in journalism and political science. She started her journalism career with The Charleston Daily Mail in West Virginia and reported for The Atlanta Journal-Constitution before arriving at The Times in 1985. She was married to former journalist Peter Gosselin and was the mother of twins, Nora and Jacob.

The event will begin at 6 p.m. at the Center for Strategic and International Studies, 1616 Rhode Island Avenue NW, Washington, D.C. Tickets and tables may be purchased online at http://cc.syr.edu/toner2018. For more information, contact Audrey Burian at aaburian@syr.edu. Press requests should be directed to Wendy Loughlin at wsloughl@syr.edu.