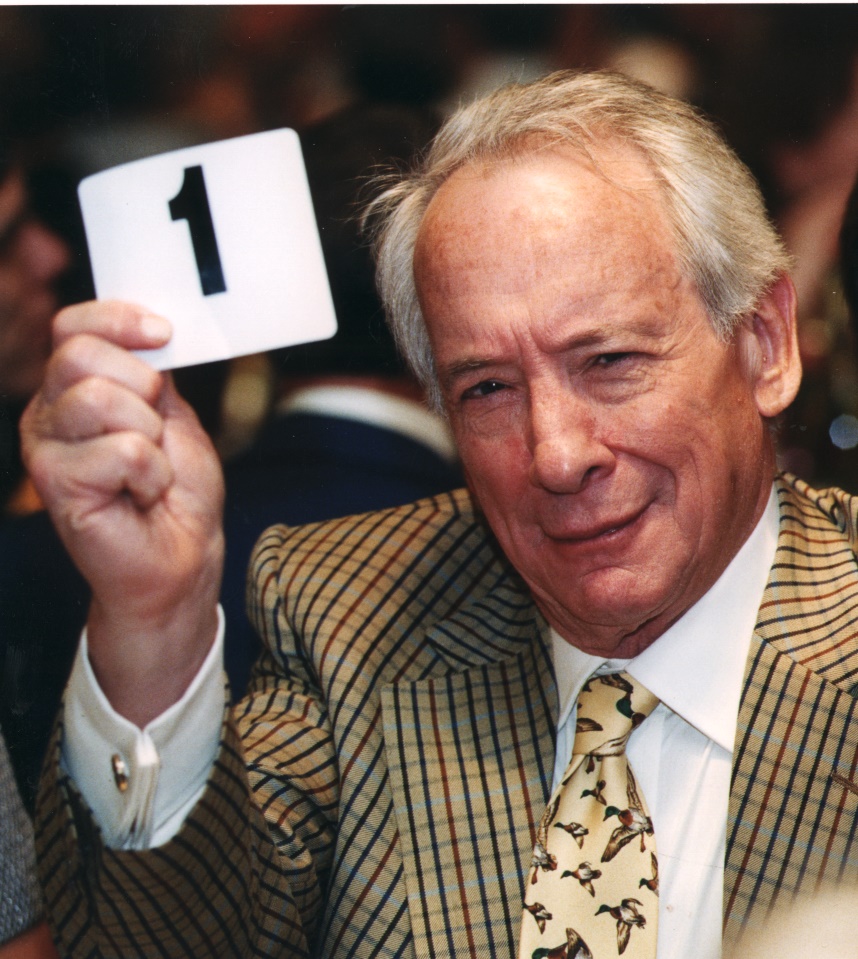 Gerald B. Cramer ’52, H’10, devoted friend, advocate and generous benefactor of Syracuse University, died Feb. 13, 2018. Cramer, whose extraordinary philanthropy seeded opportunity for countless students and advanced faculty excellence, had served on the Board of Trustees since 1995 and was a Life Trustee at the time of his passing.

Born in 1930, Cramer was a 1952 graduate of Syracuse University’s Whitman School of Management and remained deeply involved with his alma mater throughout his life. His dedication and impact were recognized with numerous University distinctions during that time, including a George Arents Pioneer Medal—the University’s highest alumni distinction—and an honorary doctor of laws degree.

After earning a degree in accounting from the Syracuse University Whitman School of Management and attending the University of Pennsylvania’s Wharton School of Business, Cramer launched a successful career as an investment manager that would span 50 years. He was a managing director of GOM Capital and a co-founder and chair emeritus of the investment advisory firm Cramer, Rosenthal & McGlynn, where he held overall responsibility for the firm’s investment policy. He also was associated with the investment brokerage houses of Oppenheimer & Co., where he was a senior partner, and Merrill Lynch Pierce Fenner and Smith. He also served as a lieutenant in the U.S. Navy during the Korean War.

“Gerry exemplified the power of one person to make a positive difference in the lives of others,” says Chancellor Kent Syverud. “He funded dozens of scholarships and provided leadership support for innovative programs that were important to him. He had a big heart and an even bigger vision that will continue to shape Syracuse University’s legacy and impact for generations to come.”

Cramer’s love for Syracuse University touched every segment of the campus community. But his philanthropy had an especially transformative impact on students and faculty of the Maxwell School of Citizenship and Public Affairs. He served on the school’s Advisory Board for more than 15 years and vigorously supported initiatives designed to foster global scholarship and engagement. He funded faculty positions in global affairs, economics and aging studies; provided leadership support for the Institute for National Security and Counterterrorism; and supported numerous scholarships and programs in international relations, including a student exchange program between Maxwell and the Interdisciplinary Center at Herzliya, Israel.

As a result of Cramer’s broad engagement with and support for its students and programs, the Maxwell School in 2004 selected him as the first recipient of the Maxwell School Horizon Award, which recognizes wise, inspirational volunteer leadership and exceptional philanthropic commitment. The award recently was renamed the Cramer Horizon Award in his honor.

“Gerry Cramer was an extraordinary friend and benefactor to the Maxwell School,” says Dean David Van Slyke. “He shared a commitment to the school’s core values of international engagement and academic excellence, and its mission to change the world for the better. And he delighted in working quietly and effectively behind the scenes to seed programs and opportunities that furthered those values. His impact, along with that of his wife, Daphna, will live on in the generations of people who have and will continue to benefit from their extraordinary support.”

Cramer once said his passion for international student exchanges is rooted in his conviction that on-the-ground experience in other countries gives students an understanding of that country and its people that they couldn’t have gotten any other way. In reference to the Maxwell exchange program with the Interdisciplinary Center at Herzliya, Israel, he said, “Of all I have done in my life from a philanthropic perspective, this is what I am most proud of.”

During his tenure on the University’s Board of Trustees, Cramer served a term as a vice chairman and on the Board’s Investment and Endowment Committee. He also served on the School of Architecture and Metropolitan New York advisory boards and was a strong supporter of the College of Visual and Performing Arts (VPA).

Cramer is survived by his wife, Daphna; six children, Lauren Cramer L’94, a current member of the University Board of Trustees and chair of the VPA Council; Douglas Cramer ’87, a member of the Whitman Advisory Council; Thomas Cramer; Kimberly Cramer-Germ; Roy Raskin ’95; and Shelly As; and 14 grandchildren.