Organist Alcee Chriss III will perform a solo recital at Hendricks Chapel on Sunday, Feb. 25, at 4 p.m. His performance in the Malmgren Concert Series is part of his award for winning second prize in the 2017 Arthur Poister Scholarship Competition in Organ Playing. 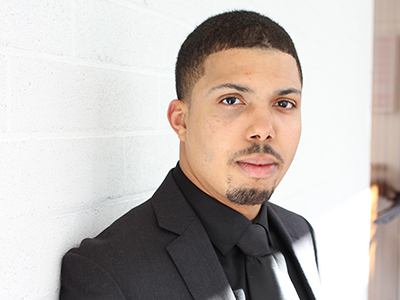 Chriss will showcase a program of diverse pieces ranging from Bach and Reger to pieces by African American composers. Chriss will also perform some of his own compositions on the program. “Alcee Chriss is an exciting young performer with exceptional technique and stage presence,” says Anne Laver, University organist and coordinator of the Arthur Poister Competition. “He has prepared a compelling program with a connection to Black History Month, featuring pieces by Florence Price, Fela Sowande, Calvin Taylor and his own works. Our audience is in for a real treat.”

Chriss will also be a featured guest at Hendricks Chapel Dean’s Convocation at 7 p.m. that evening. The event will celebrate Black History Month with music and spoken reflections.

The last concert in the 2017-18 Malmgren season will be “Voices of the Shoah,” a special concert commemorating the Holocaust, on Sunday, March 4. The concert will feature the Hendricks Chapel Choir, directed by José “Peppie” Calvar.

This concert is free and accessible. Parking is also available in the Q1 (on space-available basis and handicapped), Hillside, Q3 and Q4 parking lots.