Celebrate National Entrepreneurship Week@SU with Jeremy Ring ’92, one of Yahoo!’s early team members who helped grow it to a $120 billion valuation in six years, and then went on to a distinguished career in public service. He will speak Feb. 21 from 10-11:15 a.m. at the Peter Graham Scholarly Commons, 114 Bird Library. 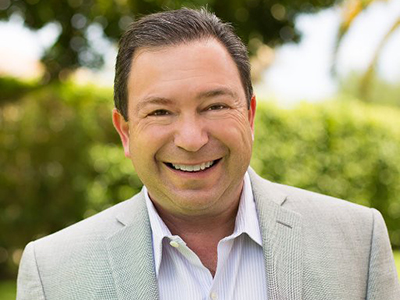 Each year, more than six million new businesses launch, and many millions more grow. Most start from a small seed. Of those, only a few hundred will ever become “unicorns” valued at over $1 billion, and only a handful will become “hectocorns,” the term for a company valued at more than $100 billion. Yahoo! was one of those hectocorns, with a turn-of-the-millennium valuation of $120 billion.

Ring was one of its early employees. He opened its first East Coast office out of his apartment, and over the course of the next five years, he worked with his friends to build Yahoo! from a small start-up into a multi-billion-dollar venture.

His new book, “We Were Yahoo!” looks at the rise and fall of Yahoo! and the era of dot-com mania.  It is a story that only an insider can tell, and the Whitman School of Management and the Blackstone LaunchPad invite you to hear it at a presentation and meet and greet reception with Ring. The event is open to the public, free of charge.

Wall Street valued Yahoo!—at that time in business less than six years—higher than it did Disney and Comcast combined. At that time, the iPhone was more than seven years away from launch, Google was four years from its IPO, Amazon was hemorrhaging money and Mark Zuckerberg was still in high school.  Ring and his friends were part of that meteoric rise. His responsibilities at Yahoo! included worldwide oversight of the creation of sales programs for all clients during this period. He went on to lead Yahoo!’s Sales programs group and helped spin off the sports division as Collegiate Images (CI).

In 2001, he relocated to Florida to raise his family.  He then spent several years as an executive in the tech and innovation sector before winning election to the Florida State Senate in 2006, where he served for 10 years. He continued to be an innovator in government, working on numerous pieces of legislation, including the creation of the Florida Institute for Commercialization, allowing for university inventions to be showcased in a single entity, and introducing  the State University Research Commercialization Grant Program to provide universities inventions with early-stage capital to ready businesses for series “A” financing.

Through programs he designed, more than 60 tech start-ups based in Florida have made their way from state “innovation incubators” to the broader market. He helped establish and expand The Florida Growth Fund, which invests in homegrown Florida companies. The fund has allowed small businesses across the state—and Florida’s economy as a whole—to expand, diversify and mature. It currently has over $750 million of capital under management.

Today, as an active volunteer and philanthropist, he sits on a number of local and national boards of directors. He is also running for CFO for the State of Florida.

If you need an accommodation in order to fully participate in this event, please contact Linda Dickerson Hartsock at ldhartso@syr.edu.