How the Kissing Bench Made Believers Out of One Couple 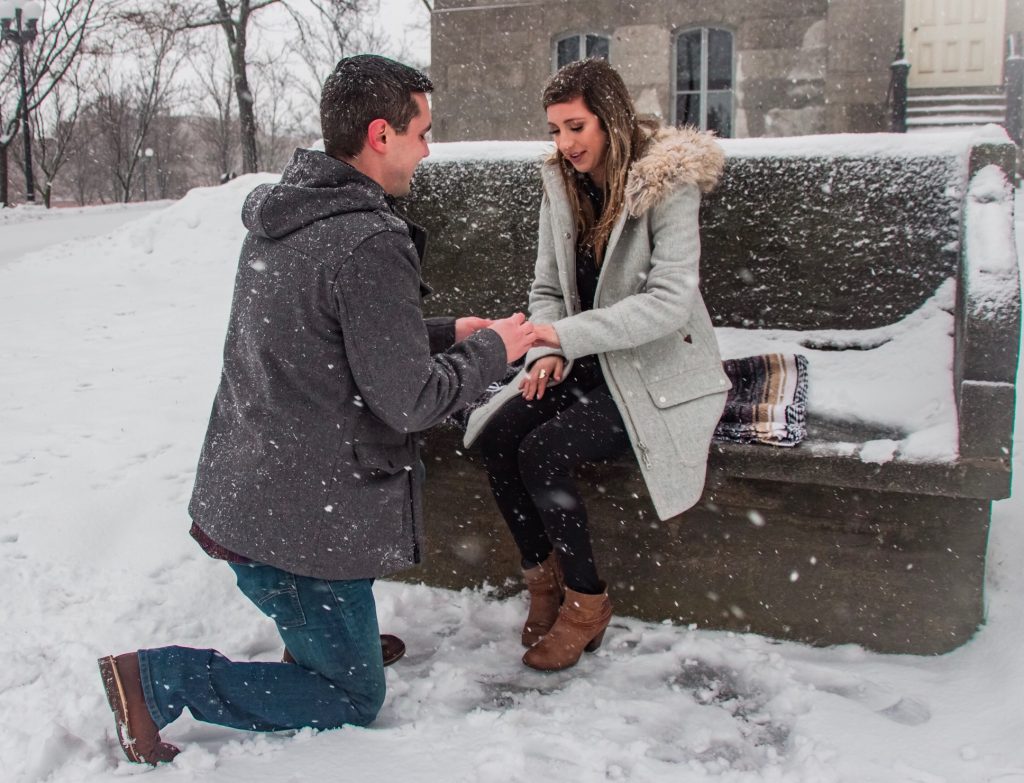 Brian Balduzzi ’12 and Liz Peck ’14 recently got engaged at the “Kissing Bench.” Photo by Cindy Gokey

Liz Peck ’14 and Brian Balduzzi ’12 had been dating for two years when Balduzzi’s mom suggested the couple make a stop at the “Kissing Bench” on campus.

It was right after Balduzzi’s Commencement ceremony, and Balduzzi’s mom, Joanne, told them about the campus tradition that if you shared a kiss on the bench you would marry that person in your lifetime.

“I remember thinking, ‘Wow, she must really like me!’” says Peck, who thought it was just a playful moment. But, “in the back of my mind, I always wondered if it would come true.” 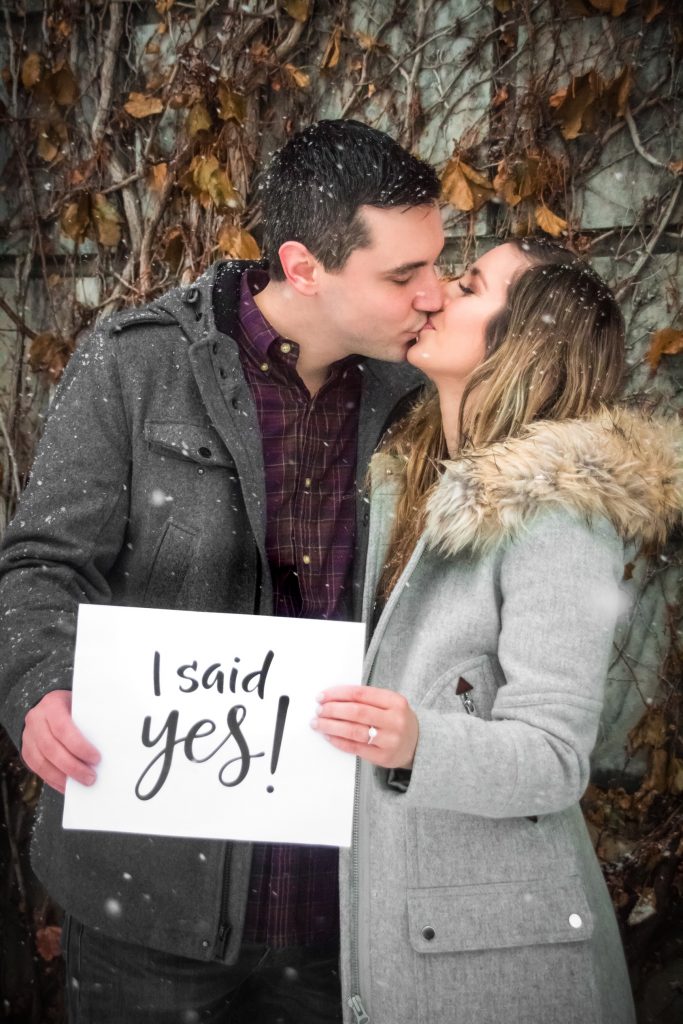 The celebratory moment turned out to be prescient for the couple. On Dec. 23, the couple got engaged at the Kissing Bench—a surprise planned by Brian.

Their story began about seven years ago when they first met at Balduzzi’s off-campus house on Mayfest. “Growing up in Syracuse, we had a lot of mutual friends, yet we had never met prior to that day,” Peck says.

Balduzzi was a junior at Syracuse while Peck was a first-year student at Onondaga Community College with plans to attend college at a school in Rhode Island, where she had been accepted.

That summer the two spent a lot of time together on the Syracuse University campus.

“Finding out what Orange Pride really meant was kind of the spark that started the next chapter in my life,” Peck says. “I don’t think Brian realized the impact inviting me to walk through campus that summer or even grabbing lunch on Marshall Street had on me. I met so many great people through him and the University; it was instantly a ‘home away from home.’”

Peck enrolled at Syracuse University; both are communication and rhetorical studies graduates of the College of Visual and Performing Arts.

“I was surprised because of how instantly I fell in love with him and the SU campus life,” Peck says. “I loved it so much I ended up transferring to Syracuse University and it was one of the best decisions I’ve ever made.”

The couple have shared many memories of the University. 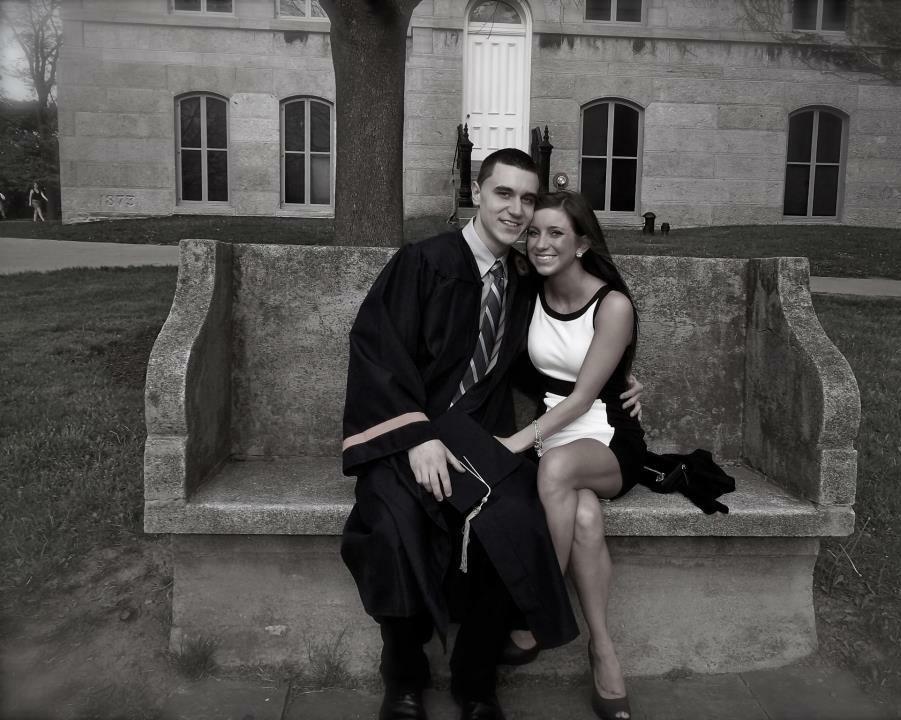 “Since day one, Brian has always been a great tour guide. Sitting in the student section for the first time at a basketball game, sneaking me into his favorite classes or simply grabbing a quick breakfast at Eggers, it was always an adventure,” Peck says. “And of course, my recent favorite—when he proposed at the Kissing Bench.”

Balduzzi says there are too many favorite memories—to share just a few would be hard. “I think that’s the best part about our time on campus,” Balduzzi says. “We love that Syracuse allowed us to experience so much on or off the SU hill, either then or now. Orange is forever.”

And then of course, there’s their connection to the Kissing Bench, thanks to Joanne Balduzzi, a longtime employee in the College of Visual and Performing Arts.

The Kissing Bench, located between the Hall of Languages and the Tolley Building, was a gift of the Class of 1912. SU Archives states it’s unclear when the romantic legend began. The tradition has unfolded in different versions, and although the wording has changed, the basic idea has remained.

In their story, Balduzzi knew he wanted the proposal to be a surprise, “So with help from a few great friends and family, the plan came together better than ever expected,” he says. 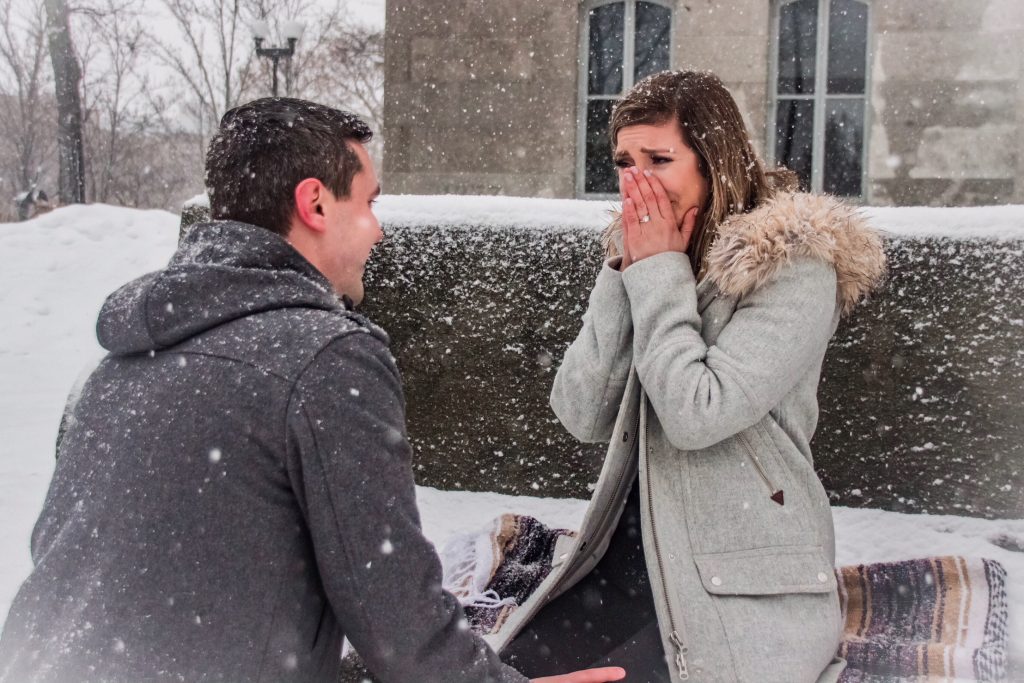 Brian Balduzzi ’12 proposes to Liz Peck ’14 in December at the Kissing Bench. Photo by Cindy Gokey

“I knew that if I were to propose in Syracuse the Kissing Bench was the best choice,” Balduzzi says. “It was Dec. 23, and campus was silent, mostly because of the weather. I was extremely lucky as there had been rain for the last two days. By the time we got to the hill, the massive snowflakes that I had begged for were almost too much.”

Balduzzi had asked for help from his cousin, Cindy Gokey, a photographer.

“She told us she needed practice taking pictures for an upcoming wedding and suggested going to SU. Little did I know it would be mine!” Peck says.

As they walked around the Quad, Peck unknowingly commented that when they got engaged she would like her engagement photos taken on campus and at the Kissing Bench—and to get married at Hendricks Chapel. 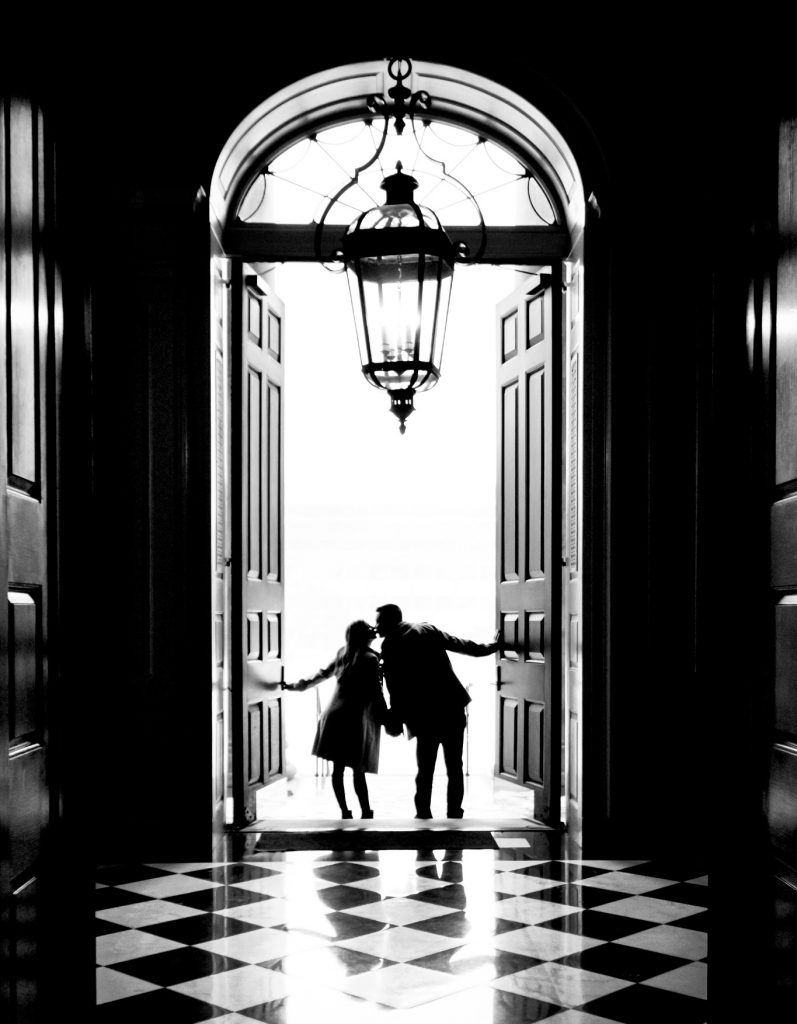 “They had it all planned out perfectly! I couldn’t have asked for anything better, I was completely blown away,” Peck says.

After the proposal on bended knee and Peck’s “Yes!,” Balduzzi surprised Peck again with a gathering of family and close friends at Coleman’s Irish Pub.

Balduzzi, a sales manager at Beam Mack Sales & Service, and Peck, social media strategist at Dinosaur Bar-B-Que, hope to have their wedding at Hendricks Chapel in July 2019, another tie-in to the specialness of their time here.

“I like that it is something unique to us and our story. It is in the heart of Syracuse University and welcomes people of all faiths and no faith to connect with one another,” Peck says. “I think it would be really special to bring our kids to a football or basketball game one day and say, ‘This is where we got married.’”