Joe Sexton, senior editor with ProPublica, will visit the Newhouse School Feb. 13 as a guest of the broadcast and digital journalism and magazine departments. He will speak at 5:30 p.m. at the I3 Center, 432 Newhouse 2. Follow on Twitter at #JournalismMatters. 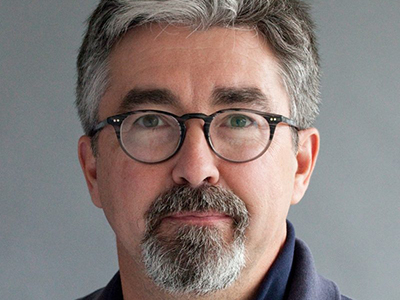 ProPublica, an independent, nonprofit newsroom, operates according to the mission “To expose abuses of power and betrayals of the public trust by government, business and other institutions, using the moral force of investigative journalism to spur reform through the sustained spotlighting of wrongdoing.”

Before joining ProPublica in 2013, Sexton worked for 25 years at The New York Times, serving first as a reporter and later as metropolitan editor and sports editor. Work he has overseen has been awarded five Pulitzer Prizes, and another five projects have been named Pulitzer finalists.

“Firestone and the Warlord,” done in partnership with PBS’ “Frontline,” won two Emmys in 2015. “An Unbelievable Story of Rape,” produced jointly with the Marshall Project, won a Peabody Award and will soon be a multi-part series on Netflix. “Snow Fall,” the 2012 tale of a deadly avalanche, is widely considered a seminal achievement in online storytelling.

As a reporter, Sexton has covered sports, politics, crime and the historic overhaul of the country’s welfare legislation.