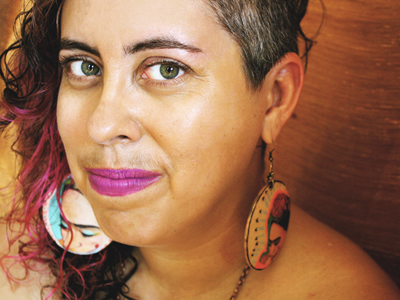 On Wednesday, Feb. 7, the Toronto- and Seattle-based activist will present a multidisciplinary performance titled “Bodymap” from 4-5:30 p.m. in 304 Schine. The program will present her work with Sins Invalid, a Bay Area performance project that features artists with disabilities and highlights intersecting identities.

Piepzna-Samarasinha also will read from her memoir, “Dirty River: A Queer Femme of Color Dreaming Her Way Home” (Arsenal Pulp Press, 2015), and from some of her poetry collections, including “Bodymap” (Mawenzi House Publishers, 2015). A Q&A and book signing will follow. Communication Access Realtime Translation (CART) services will be provided.

The following day, she will host a workshop titled “No Body Left Behind: The Art and Practice of Disability Justice” from 12:30-1:50 p.m. in 319 Sims. Attendees will learn how to create a movement-building framework for historically marginalized people. American Sign Language (ASL) interpretation will be available.

Both events are free and open to the public. People interested in the workshop should register with Michael Gill, assistant professor of disability studies in the School of Education (SOE), at mcgill@syr.edu.

For accessibility and accommodations requests, contact SOE at suschoolofed@syr.edu or 315.443.4696. Parking is available in the Booth Garage on Comstock Avenue. Attendees of both events are asked not to wear perfumes or other scented products.

To learn more about Syracuse Symposium, organized and presented by the Humanities Center in the College of Arts and Sciences (A&S), call 315.443.7192 or visit humcenter.syr.edu.

“Leah deconstructs structures that uphold violence in activist communities,” says Vivian May, director of the Humanities Center and professor of women’s and gender studies. “Her understanding of systems of colonialism, abuse and violence engages marginalized communities in new, illuminating ways. She also challenges exclusionary paradigms of ‘normalcy,’ advocating for the inclusion of all individuals and communities.”

Piepzna-Samarasinha considers herself a queer femme—a “sick and disabled, Sri Lankan/Irish/Roma writer, educator and disability and transformative justice organizer.” The author or editor of five books, she is perhaps best known for “The Revolution Starts at Home: Confronting Intimate Violence Within Activist Communities” (AK Press, 2016). Originally published in 2011, this landmark anthology provides strategies, stories and questions for dealing with abuse and assault.

Co-edited by Piepzna-Samarasinha, “The Revolution Starts at Home” includes her poem “when your parents made you,” which concerns loving someone who is both a survivor and perpetrator of violence. 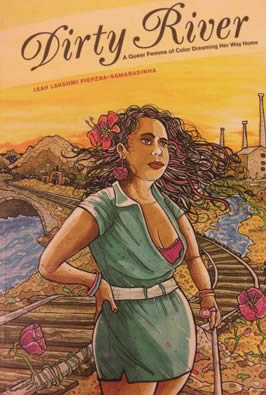 Piepzna-Samarasinha’s memoir, “Dirty River,” is a critical and commercial success.

“Stories create the world,” says Piepzna-Samarasinha, whose upcoming publications include a collection of essays titled “Care Work: Dreaming Disability Justice” and a book of poetry called “Tonguebreaker.” “Seeing stories that look like your own, that you’ve never read written down before, or that are stories you’ve never thought of before that change your whole idea of what is possible, are a big revolutionary deal. … My poems are my stories of the freedom dreams I want for me and us.”

These ideas also permeate “Dirty River,” a finalist for both the Lambda Literary and Judy Grahn awards. A critical and commercial success, this coming-of-age tale follows Piepzna-Samarasinha’s move to Toronto, where a community of queer punks entices her with promises of love and revolution. Dramatic complications ensue when Piepzna-Samarasinha finds herself navigating the “dirty river” of her not-so-distant past and coming to terms with her own identity.

“‘Dirty River’ is not just her own story—it also is a story about the important work being done by communities to challenge racism and environmental and disability injustice,” Kim says.

Adds May: “It is about the complex search for belonging, as Piepzna-Samarasinha separates from her abusive mother and strikes out on her own.”

In addition to being a widely published and anthologized writer, Piepzna-Samarasinha is a sought-after lecturer and performer. She is the co-founder and co-director of the San Francisco-based Mangos with Chili, the nation’s oldest “floating cabaret” of queer and transgender performers. Piepzna-Samarasinha also founded the Toronto-based Asian Arts Freedom School, an arts-flavored history and activism program for Asian and Pacific Islanders.

Both organizations—along with Sins Invalid, of which Piepzna-Samarasinha is a lead artist—are located at the nexus of storytelling and social activism. 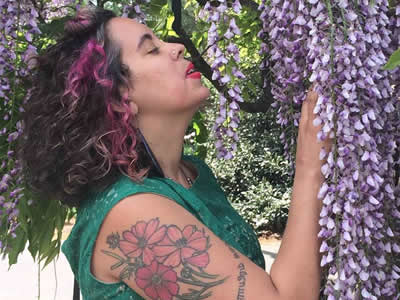 Born and raised in Worcester, Massachusetts, Piepzna-Samarasinha earned an M.F.A. in creative writing from Mills College in Oakland, where she was a Voices of Our Nations Arts Foundation Fellow. Her many honors and awards include Feminist Press’ “40 Feminists Under 40 Shaping the Future.”

Piepzna-Samarasinha maps what she describes as “luscious and vulnerable terrains of queer femme of color transformative love, survivorhood, sick and disabled queer of color genius and all the homes we claim, make and deserve.”

“Her campus visit surely will be remembered for years to come,” Gill says.