It was inevitable that when Ruth Appelhof ’65, G’74, G’80, G’89 retired from Guild Hall in 2016, she would write a book—not about herself, although her role in the global art community would make for fascinating reading, but about her friendship with the legendary artist Lee Krasner. 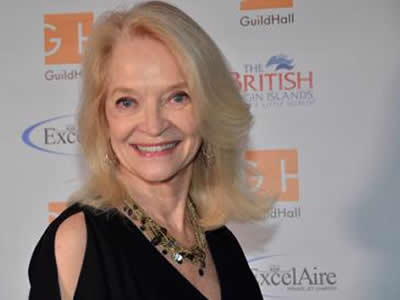 “In 1974, I promised myself to write a book about Lee one day, and I’m glad I’m finally doing it,” says the Syracuse University alumna, speaking by phone from her home on Long Island’s East End. “I’ve already interviewed more than 40 people, many of whom I have become friends with and are at the top of the heap in the art world. It’s like Lee has opened a whole new world for me, from beyond the grave.”

Appelhof was a student in the College of Arts and Sciences (A&S) in 1974, when she interviewed Krasner for her master’s thesis. Fresh from a solo show at New York’s Whitney Museum of American Art, Krasner was finally coming to terms with the shattering death of her husband, Jackson Pollock, 18 years earlier. Within a decade, she also would be gone.

“Previously, critics didn’t attend much to women artists, so I think Lee appreciated how committed I was to her,” recalls Appelhof. “After chatting with her a few times, Lee invited me to spend the summer with her in East Hampton, where she painted in the barn of Jackson Pollock’s old studio. I packed my bags—all my books and my huge typewriter—and drove my bright-orange Ford Pinto into New York City to pick her up.”

Appelhof took up residence in the tiny, upstairs bedroom of what is now the Pollock-Krasner House and Study Center, operated by Stony Brook University. Appelhof recalls Krasner being “very, very attentive,” agreeing to be interviewed almost every afternoon. “I’d type up everything at night and then bring it downstairs the next morning for her to review. She’d take out a big Magic Marker and cross it all out,” Appelhof says. “Then we’d commence with the next round of questions.”

The result was many hours of taped interviews, providing a rare glimpse into the life of a tough, ambitious artist. Appelhof subsequently donated the recordings to Syracuse’s Special Collections Research Center.

The recordings also are at the heart of Appelhof’s book, whose 2019 release will coincide with a major European touring retrospective. The purpose of the book is “to bring Lee Krasner to life,” drawing on Appelhof’s personal encounters and those of other people who knew or worked with the artist. Some of them still live in the Hamptons, where Krasner’s genius has assumed mythic proportions. “There are so many people I know from my 17 years at Guild Hall who have these funny and sometimes sad stories about Lee Krasner,” says Appelhof, who became the center’s executive director in 1999, following leadership stints at the Hill-Stead Museum in Farmington, Connecticut, and the Minnesota Museum of American Art in Minneapolis. “I see this book as a memoir—not just my own, but also Lee Krasner’s and those of the global arts community.”

Much ink has been devoted to the life of Krasner, as a solo artist and a committed guardian of her husband’s legacy. Following classical studies at Cooper Union and the National Academy of Design, the Brooklyn native trained under Hans Hofmann, who instilled in her the rudiments of Cubism and the importance of artistic integrity.

Krasner was exhibiting with other avant-garde artists in the early ’40s, when she met Pollock, a former Regionalist whose symbolic, pictographic imagery impressed her for its originality. In 1945, Pollock and Krasner married and moved to the Springs, a quiet hamlet in East Hampton. There, they maintained separate studios, but encouraged one another. Visits were by appointment only. 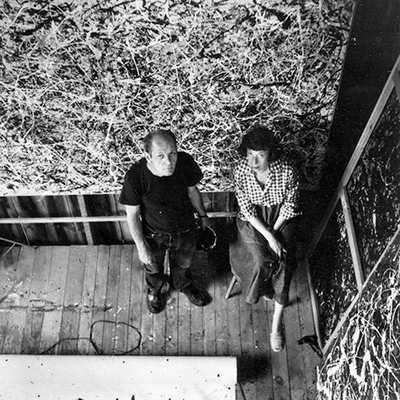 “When they first met, Jackson was an outsider, a loner. Lee insisted he meet the people in her inner circle, such as Hans Hofmann and Clement Greenberg [a pre-eminent art critic who graduated from Syracuse in 1930],” Appelhof says. “I find it fascinating that Jackson walked through every door that Lee Krasner opened for him. She did it intentionally. I believe that, without her, there would have been no Jackson Pollock.”

Ultimately, fame was Pollock’s undoing. Plagued by mounting insecurities, he began questioning his work, as well as that of his peers. Moreover, his habitual drinking and erratic behavior strained his marriage. Needing space, Krasner took off to Europe during the summer of 1956. Several weeks passed before she got a call telling her that Pollock and a female passenger had just died in a high-speed, alcohol-fueled car crash.

Devastated, Kranser returned to the United States, and threw herself into her work. Holed up in her late husband’s studio, she embarked on the “Earth Green” series, fusing nature-inspired forms with a rhythmic, splattered technique. Following it were two-dozen monumental compositions called “The Umber Paintings.” This iconic collection, which figures prominently in Appelhof’s research, recently was on display at New York’s Paul Kasmin Gallery, directed by Eric Gleason ’05.

“We wanted to focus on a body of paintings that was exemplary of just how formidable and versatile a painter Lee Krasner was,” says Gleason, adding that “The Umber Paintings” was the gallery’s first major solo exhibition of Krasner, since it began representing the artist’s works via the Pollock-Krasner Foundation. (Following Krasner’s wishes, the foundation was established in 1985 to support individual working artists of “established ability.”) “You can see an evolution from tortured, almost violent, mark-making to more confident, lyrical, balanced compositions. This was one of the most pivotal times in Krasner’s life, emotionally and as a painter.”

Krasner spent her final years in relative seclusion. She felt that her first full retrospective, which opened at the Museum of Fine Arts, Houston, in 1983, had occurred “too late” in her career. By the time it arrived at the Modern Museum of Art (MoMA), Krasner was dead.

Scholars agree that the artist left behind a complicated legacy—something Appelhof is addressing in her book. That Krasner frequently revised her style and technique has made it difficult to lump her into a single group of artists. Being the wife of a celebrity artist also has added to the confusion. “I happened to be Mrs. Jackson Pollock, and that’s a mouthful,” Krasner famously said. “I was a woman, Jewish, a widow, a damn good painter, thank you, and a little too independent.” 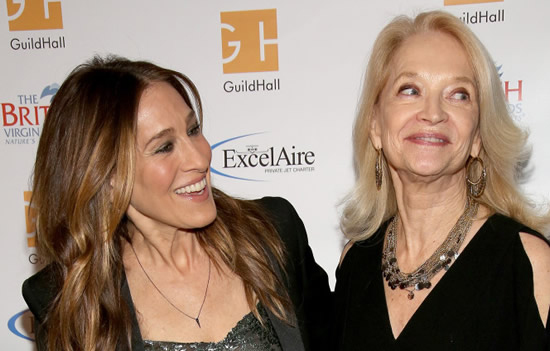 Those qualities inspired Appelhof, then a single mother of two, to pursue graduate degrees at Syracuse. Her twin interests in painting and art history led to a yearlong fellowship at the Whitney, followed by a three-year stint as curator of the University’s Lowe Gallery. In time, Appelhof acquired a reputation as a turnaround specialist, using contemporary art to transform small, regional institutions into cultural and educational destinations. Guild Hall was her masterpiece. Appelhof oversaw a major renovation of the venerable institution, and led it to new levels of excellence. Today, it is the cultural and educational jewel of the Hamptons, catering to A-list stars, creative tastemakers and next-generation talent.

“What is remarkable about Ruth is her versatility and universal appeal to all of the myriad segments of this very particular industry,” says Gleason, who gets face-time with her once a month. “She is equally adept at working with—and is equally praised by—artists, critics, curators, dealers and institutional directors. There are precious few people in the art world about whom you can say that.”

That Appelhof has devoted much of her career to advancing postwar female artists—Krasner, in particular—makes her qualified to tackle such an ambitious book project. “Obviously, Ruth knew Lee Krasner well, and worked with her at both her Manhattan and East Hampton studios. I think she is uniquely suited to address ‘Lee Krasner, the human’ and ‘Lee Krasner, the artist’ in deft, astute ways,” he adds.

Adds Appelhof: “In many ways, Lee was a muse for not only Jackson Pollock, but also generations of artists, including me.”