Newhouse Alumni in the Social Space

As part of the Newhouse in New York semester, Newhouse School students have the opportunity to hear from various alumni throughout the communications industry–which now especially includes social media. Many students hope to graduate and one day work for major social platforms like Facebook, Twitter or Foursquare. Five alumni now working in the social media industry spoke about their careers–both past and present–and how their roles have evolved. 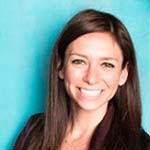 Diamond started her career within the sports industry, interning and working for companies like ESPN and Sports Illustrated. She explains that she was able to gain a ton of experience and enjoyed working on one of her passions: sports. For the first few years of her career, Diamond moved around at various companies, trying new roles and starting new projects. After trying several roles for three years, she felt that she needed to take her next move very seriously in order to find something more lasting.

Diamond reflected on what she had done and what she hoped to do for the next few years. She spent a lot of time thinking about what made her excited every day and came to a conclusion.

“I loved the intersection of media and technology, and became most excited when it was all about tech,” she says.

Diamond was faced with the decision to either stay in sports or be more industry agnostic. She looked for a company that she believed in and could grow into; she explains that many companies are open to having their employees discover new roles by offering shadow programs or other opportunities.

Eventually, she found her current position at Twitter working in product partnerships. Her roles and goals have evolved from a focus within one area, sports, to become more centralized on advancements in technology and consumer media behavior.

Diamond’s biggest piece of advice for students and recent grads is to not get caught up in wanting to work for big brand names and have a flashy company on their resume.

“Large companies can be great workplaces, but often people need a smaller company to start at, where they can move internally and develop various skill sets,” Mindy says.

She also challenges people early within their careers to not be afraid to explore outside of their major. “All communications jobs are writing intensive, and Newhouse trains you to work collaboratively with others.” 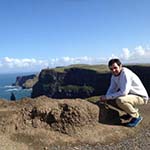 Forman credits working at an advertising agency post-graduation for allowing him to transition to working within the social space now. After gaining experience at a media agency for two years, he then moved on to land a job at Facebook.

He now works within global marketing solutions at Facebook and has been there for the past four years. As Forman related, working at a media agency opened various opportunities and connections for him, and one of those contacts was able to introduce him to the right people at Facebook.

“Don’t fret the first job post-graduation,” Forman advises. “But as students advance, they should make sure they are working on the right business and accounts to help them succeed within their next role.” 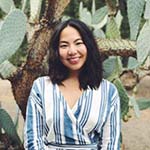 Angela Hu is currently a business marketing manager at Instagram, but she started by working at New York magazine.

The opportunity was facilitated by several Newhouse alumni who introduced her to editors at New York magazine. This lead to an internship and then an editorial assistant position for their special issues.

After this role, she moved to J.Crew and then Madewell in social media marketing.

“I know when to move on to a new role is when I’ve learned as much as I absolutely can and feel like I have performed at my best,” Angela says.

She never wants to feel complacent in any job and always tries to challenge herself to find roles that are both mentally and emotionally stimulating. So when a recruiter reached out to her for the Instagram team, she interviewed immediately. She says she was lucky to join a team and product that she loves.

“It differs a lot [from my past roles],” Angela says of her new position at Instagram, “but there are a lot of skills that I acquired from my degree in magazine journalism that I still use on a day-to-day basis.”

One of her best skills is writing clearly and succinctly, which she learned through magazine journalism. She is now in more of a senior role, which means she gets to be more strategic and think broader about overall team and company goals. It also comes with the responsibility of presenting to more C-level executives and honing public speaking skills.

“Some days it’s still really scary (and uncomfortable),” she admits, “and that’s when I usually know I still have a lot to learn.”

Overall, Angela’s biggest piece of advice for recent grads is to follow up with everyone they meet and be persistent. “A nice email will mean a lot and as personalized you can make it, the better. It makes the receiver feel special.” 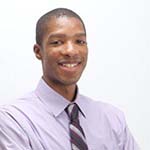 Similar to Diamond, Lee started his career within the sports industry. Following his passion for sports, he worked within communications for companies like the Philadelphia Eagles and the National Football League.

Lee says that as he advanced, his roles and responsibilities became more diverse. He emphasized that being able to execute as one moves up is crucial.

“Have a well-thought-out opinion and show your superiors and coworkers that you are able to think creatively,” he advises students and recent grads.

After working in communications for the NFL, Lee moved to the social platform Twitter. At Twitter, he is now able to combine working in technology with sports. As Twitter began live streaming sports, he realized that he wanted to take on a larger role and learn new skills, so he made the move to the social platform to advance his career. He now leads sports communications for the platform, both consumer-facing and business-to-business promotion for live streaming sporting events.

Lee says that the biggest difference in his current role is the ability to execute his ideas. As a manager, he now leads a team and handles all of Twitter’s sports communications in the United States.

“Be diverse, be able to write, know the news and have the mindset—particularly in tech—where you want to grow and learn about everything,” Lee urges students. “Those who aren’t stuck in a box advance the fastest.” 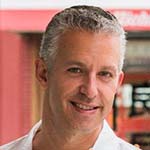 Rosen, the current vice president of sales at Foursquare, challenges students to think of companies like Foursquare, Facebook and Twitter as much broader than just social media companies.

“These companies have roots in social, but I wouldn’t say they are just social companies, rather they have leveraged a core consumer set that interacts with content,” Rosen explains.

Rosen began his career at Showtime Networks and found that opportunity through the Newhouse network.

“Relationships help to get in the door, but, after that, you have to shine on your own,” he says.

He spent six years at Showtime and was invested in the company, but at the time, digital was just starting to be part of the discussion. He knew that he needed to go outside to try a hand at digital.

“If you see a subset of market you believe is critical take the risk and do it. For example, an upcoming market right now is augmented reality,” Rosen urges students.

When he was looking for his next roles–at Bloomberg and now at Foursquare–it was more about his future potential rather than the positions he had held previously. One of the most important aspects of advancing and finding the next role is to move to a transparent company where every voice matters, Rosen says. Many of his leadership roles have come because the company wanted a new perspective.

Rosen recommends recent grads go to companies with “diversified offerings where they can gain experience in various different areas.”

Story by Tessa Latrenta ’18, an advertising major at the Newhouse School.