Bitcoin’s recent price swings have given a lot of people reason to take a closer look at the global digital currency and how it works. Yuzhe (Richard) Tang, assistant professor in the College of Engineering and Computer Science, says that while Bitcoin is a currency like the U.S. dollar, investors need to understand that it is not subject to the same oversight. 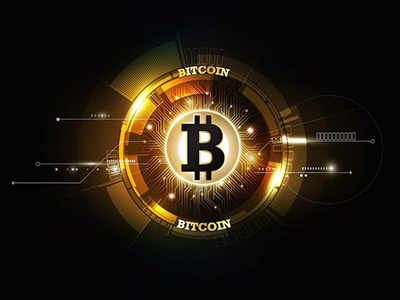 “Traditional currency relies on trusted third parties. Authorities like government mints are responsible for creating bills and credit card organizations, in some sense, monitor the circulation by having transaction history stored in the so-called ledger databases. In Bitcoins, however, there is no central authority,” says Tang. “Bitcoin doesn’t want a single third party that oversees everything.”

Bitcoin is built on what is known as a Nakamoto consensus protocol— a distributed computation process that dictates what transactions should be included in the blockchain. The security of a consensus protocol relies on the majority of users being honest. Using blockchain technology, Bitcoins are “mined” by computers solving complicated cryptographic puzzles. Users then have Bitcoins available for payment and investment. The process requires powerful computer hardware. In theory, a hacker looking to disrupt the currency could mine blocks of Bitcoins and take them out of circulation, but Tang says that appears unlikely at this point.

“If I want to subvert the Bitcoin network, I would need to invest a lot of money to compete with the rest of the world,” says Tang. “If dishonest miners ever outnumbered honest miners, Bitcoin could fail, but this is very difficult given the current (large) scale of Bitcoin network.”

Tang does have concerns about criminals using Bitcoin as their currency of choice.

“Transaction activity in Bitcoin cannot be traced. The identity you use is pseudo-anonymous,” says Tang. “This can lead to criminal activity in reality. A criminal doesn’t want their money to be frozen by the government. When they want to access their money, they can.”

For instance, he believes Bitcoin has facilitated the business of ransomware.

“If they have locked your files with ransomware and they want to get paid, the payment in Bitcoin will not be traced. The ransomeware authors can even give you a tutorial in how to exchange real money for Bitcoin.”

Even with potential drawbacks, Tang says traditional banks and financial institutions are looking into adding variations on blockchain technology to their business models.

“The blockchain platform on which Bitcoin runs and the traditional banking industry, they are competing for the same piece of cake,” Tang says.

If people do choose to invest in Bitcoin, Tang says the lack of third-party oversight means people need to use extra care with their passwords.

”You control the key to your Bitcoins and the assumption is you secure it somewhere, but if you lose that password there is no way to recover it,” says Tang. “With traditional banks, there are still ways to access your money if you lose your pin number. With Bitcoin, when you lose it (your private key) you definitely lose it.”