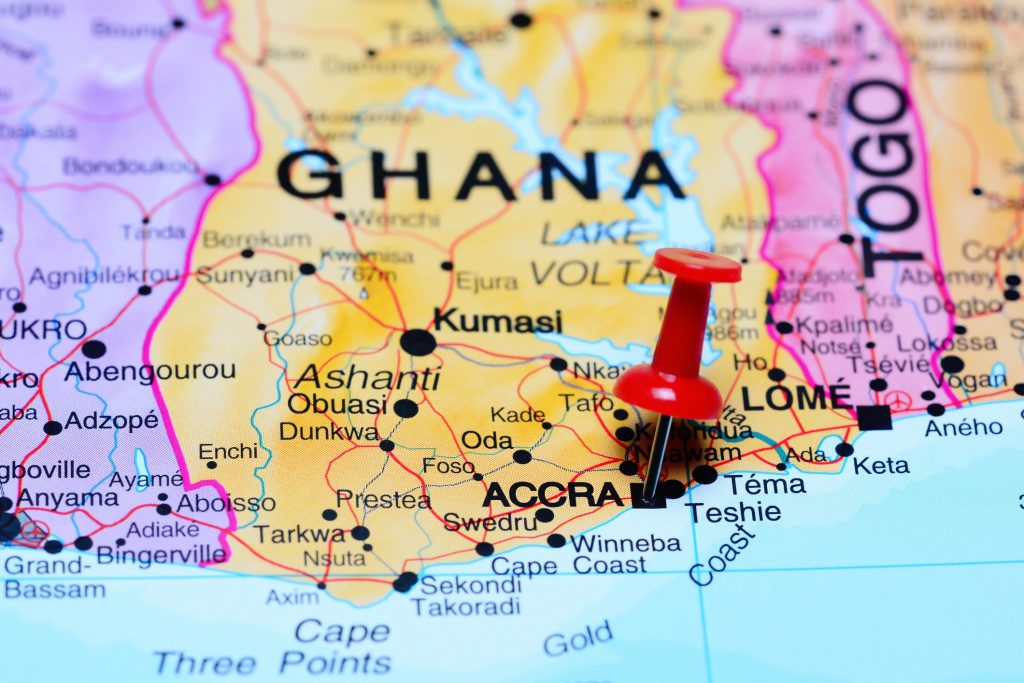 Assistant Professor Christopher Green is providing a unique spring semester course to students interested in exploring the linguistic makeup of a major language of Ghana, with the help of a native speaker.

The best way to learn the intricacies of a foreign language is through the words of a native speaker. Assistant Professor Christopher Green is making that happen for students who want to explore a particular African language in his spring semester course, “Field Methods in Linguistics.”

Green will be assisted by Maxwell School alumnus Andy Semabia G’10, a native speaker of Ewe, a major language of Ghana, who will be a language consultant and participate in each class—a unique opportunity for students.

“The main idea is to give students some exposure to something outside of their comfort zone. This will open students’ eyes to a completely different language family, and the culture that goes along with it,” Green says. “We learn a lot about culture through language and how people express different topics. It’s not often you get to sit with a native speaker to ask questions about a language you’ve never heard of before.”

Students will ask questions of Semabia about certain vocabulary—such as words for food, family members, things in nature—and gain an understanding of the grammatical makeup of the language. Semabia will also record the work so that students can refer back to his voice and check the transcription.

“As we build out, we’ll start to use responses to discern the other grammatical components of language—what is the language sound system, tonal system, what prefixes and suffixes does it use, how do you build phrases, how do you build larger sentences,” Green says. “It’s basically building from the ground up.” 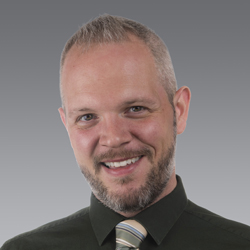 Green, who is based in the Department of Languages, Literatures and Linguistics in the College of Arts and Sciences, studies the Wanga language of the Luyia set of languages, based in Kenya. “I’ve never worked on a language from Ghana but it’s a tonal language and that’s my specialization, so I get an opportunity be exposed to a new language,” Green says.

Green had been starting to form the course and was looking for native speakers of African languages when he met Semabia at the Westcott Street Cultural Fair in September, where Semabia was selling food and craft items from West Africa.

“We started chatting and I told him I was looking for potential consultants for the spring,” Green says. As secretary of the Ghana Society of Central New York and acquainted with members of the nonprofit Pan African Community Center of Central New York, Semabia told Green he could spread the world about Green looking for a language consultant and that he would also be interested in assisting.

Semabia came to the U.S. in 2006 from Ghana to pursue a degree; he completed an M.A. in anthropology from the Maxwell School of Citizenship and Public Affairs. He met and married his wife, and they opened a local business, Better Brittle. Semabia was an archeologist for a civil and environmental engineering firm but is currently on hiatus, working with his wife full time selling fair-trade local baskets from Ghana and Senegal at the CNY Regional Market and making and selling a variety of West African-style brittle.

Fluent in five Ghanian languages—Ewe, Twi, Ga, Ada and Krobo, Semabia was interested by Green’s invitation to participate in the class. 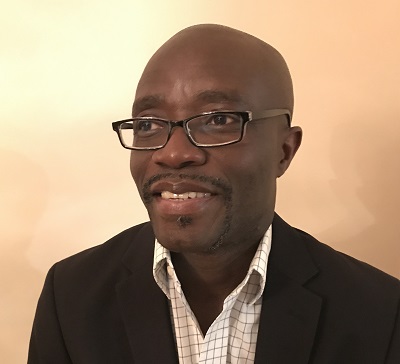 “I will like to help expose the Ghanaian languages to a larger audience,” Semabia says. “It is my desire to use the class to help students learn new sounds and expressions and basic mannerisms of the Ewe language while at the same time introduce them to a different culture.”

The benefit of having a native speaker is getting information in real time, instead of working from written narratives. “Maybe you want to know about an interesting suffix or a certain verb for when a person walks down the street versus when an animal walks down the street,” Green says. “There’s all these interesting things that emerge out of these discussions—you can trail off on a tangent.”

The Ewe language is a regional language used in the eastern portion of Ghana and into the neighboring countries of Togo and Benin, with about 20 million speakers.

The class will develop a grammatical sketch of the language with each student assigned a particular grammatical topic to explore, such as how questions are formed, what type of prefixes it has and how the number system works.

Students in linguistics, anthropology, communications sciences and disorders and communications—or any student interested in languages—would be ideal for the class, Green says.

The course will be offered every spring with consultants from other African countries. Semabia’s experience will help inform others what the course will entail. “It could build community for other offerings of the course,” Green says.

Semabia is looking forward to an enthusiastic class with a lot of interaction that will go beyond basic grammar and vocabulary. “I want students to understand the beauty of an African language as we explore the dichotomy between ‘Ewe’ and ‘English,’” Semabia says.

If you were to take a walk around the streets of Bochum, a city once noted for its coal mining in western Germany, you would come across small bronze plaques slightly protruding from the sidewalk in front of many houses….

Syracuse University Libraries recently launched an online version of its Biblio Gallery.  The Biblio Gallery, set up on the fourth floor of Bird Library, was created in 2007 as a student exhibition and study space. S. Ann Skiold, art librarian,…

Vasundhra Aggarwal ’21 (B.Arch.), a fifth-year student in the School of Architecture, was announced as a Class of 2021 Honors Thesis Prize recipient during the virtual presentation of the Renée Crown University Honors Program Convocation on Friday, May 21. As…

The room was buzzing with energy on a recent Tuesday night at the Clarence Jordan Vision Center on Syracuse’s south side. Eleven local high school students diligently toiled on Macs outfitted with headphones, digital keyboards and Novation Launchpads—digital soundboards used…

A boat ride down Newtown Creek in New York City reveals a story of a polluted past. On either side are industrial worksites and oil refineries, in front of you is the iconic Manhattan skyline, and beneath you is one…