Award-winning poet, playwright and actor Nehassaiu deGannes will participate in a mini-residency at the Community Folk Art Center (CFAC) Dec. 8-11. 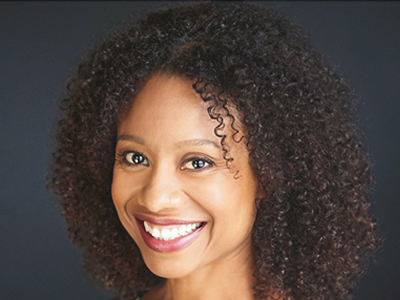 During her stay, she will present her original one-woman show titled “Door of No Return,” and will lead workshops on acting, writing, poetry and playwriting.

All events are free and open to the public; however, donations are welcome. For more information, call CFAC at 315.442.2230, or visit communityfolkartcenter.org. CFAC is located at 805 E. Genesee St., across from Syracuse Stage.

Critics describe the show as an homage to the struggles of African Americans in the New World. Partly autobiographical, the story draws on historical research and present-day interviews to desegregate American histories.

“My desire to engage a collection of ethnically diverse characters grows directly out of my cultural concerns,” says deGannes, who crisscrosses time and space to bring a host of actual New Englanders—past and present—to life.

“We are honored to present Nehassaiu deGannes [pronounced Né-hé-sigh-u di-Ganz], whose work transcends racial and socioeconomic divides,” says Kal Alston, interim executive director of CFAC. “‘Door of No Return’ is timely and relevant, providing a platform for dialogue about issues of identity, belonging, rupture and memory.”

According to Alston, the phrase “Door of No Return” is literal and figurative.

“We know it as a symbol of the slave trade—a museum and memorial on Gorée Island, off the coast of West Africa,” she says. “It also describes the portals by which most ancestors of people of African descent entered the Americas in chains, marking an epic severing of a race of people. DeGannes seeks to repair this rift with her play.”

“Door of No Return” is a 90-minute work with live musical accompaniment. An actor/director talkback follows the Dec. 10 performance.

On Friday, Dec. 8, DeGannes will lead a workshop on creativity and performance for Syracuse University students titled “The Personal Can be Universal: From Memory to Solo Performance.” Participants should bring one small object, a photo and a downloadable song, each of which reminds them of a particular moment in their lives. They also should dress comfortably and carry a writing utensil, paper and earbuds. The workshop runs from 2-4 p.m.

The following day from 10 a.m. to noon, DeGannes will present a workshop for area high school students on writing, poetry and playwriting, co-sponsored by Writing Our Lives, a program of the School of Education (SOE). The workshop is called “What’s Your Story? What’s Your Song?: Crafting Poetic Monologues for the Stage.” Participants should dress comfortably, and bring a writing utensil and paper. 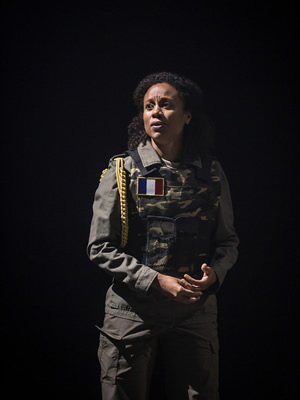 DeGannes is a fixture on the regional, national and international circuits, having won the first annual Berkshire Theater Award (“Outstanding Supporting Performance by a Female Actor-Large Theater”) in 2016. She recently drew praise for her portrayals of Esther in Shakespeare & Company’s production of “Intimate Apparel” and of Catherine Parr (the sixth and final wife of King Henry VIII) in the WAM Theater’s production of “The Last Wife.”

DeGannes also has written a handful of plays, including “The Frangipani Door,” which won the Perishable Theater’s International Women Playwrights Award, and “Pressure Quest: Who Am I?,” commissioned by the All Children’s Theatre.

A part-time lecturer at Princeton University, she earned an M.F.A. in literary arts from Brown University.