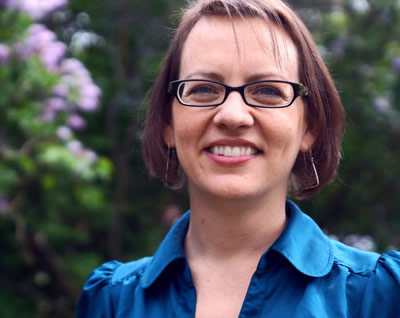 A new book by an ethnomusicologist in the College of Arts and Sciences (A&S) is earning critical acclaim.

Sydney Hutchinson, associate professor of music history and cultures, is the author of “Tigers of a Different Stripe: Performing Gender in Dominican Music” (The University of Chicago Press, 2016). Winner of the Society for Ethnomusicology (SEM)’s Marcia Herndon Prize, the book explores the role of gender within traditional Dominican music.

The Marcia Herndon Prize recognizes ethnomusicological work focusing on gender and sexuality. According to SEM, the winning submission displays originality and uncovers theories on gender issues. Hutchinson is a two-time winner, having previously won the award in 2010.

Herndon, the award’s namesake, was a 20th-century ethnomusicologist who specialized in gender issues, performance ethnography and Native American studies.

“It’s a great honor to receive the recognition of my colleagues,” says Hutchinson, who studies music and dance of the Caribbean, as performed in parts of the Dominican Republic and New York City. “I am proud to continue in the footsteps of Marcia Herndon, who devoted her career to exploring gender and its relationship with music.”

As part of winning the award, Hutchinson will serve on next year’s Marcia Herndon Award Committee.

Hutchinson also was a finalist for the 2017 Central New York Book Awards. Sponsored by the YMCA Arts Branch, the competition recognizes commercially published poetry, fiction and nonfiction by local authors. Hutchinson was one of 12 finalists in the nonfiction category, won by University freelance writer Georgia Popoff.

“[Georgia’s] was a well-deserved win. It’s a thrill to be recognized outside of academia, as part of a thriving local writers’ community, right here in Central New York,” Hutchinson says. 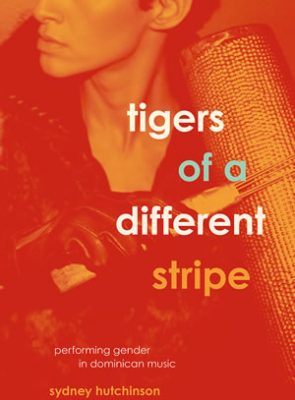 “Tigers of a Different Stripe” invites readers into the nature of merengue típico, a traditional genre of music in the Dominican Republic. Merengue típico stands out from most traditional musics for the leading roles women musicians have played.

Ellen Koskoff, professor emerita of ethnomusicology at the Eastman School of Music, describes “Tigers of a Different Stripe” as “delightfully quirky.” “Pulling together years of study and performance, as well as careful and sophisticated theory, this book will become a staple for courses in ethnomusicology and anthropology,” she writes.

Hutchinson joined Syracuse University as an assistant professor in 2010, teaching courses on Caribbean and Latin American music, Mexican music and social movements, and music and identity, and was promoted to associate professor this year. She has won several awards for her work, including a special citation of the De La Torre Bueno prize for best book on dance in 2007.