To mark its 10th anniversary, the Tully Center for Free Speech at the Newhouse School produced a series of six short films marking significant developments in First Amendment law over the past decade. 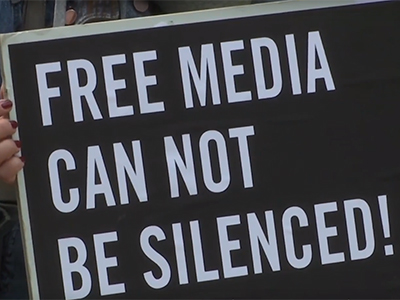 Under direction of Tully Center director Roy Gutterman, an associate professor of newspaper and online journalism, four Newhouse students traveled to New York and Washington to conduct interviews with leading experts in the field.

The project was funded through a grant from the Charles Koch Foundation. The funding facilitated travel for interviews, licensing of video clips and other professional support, including original animation and a professional voiceover artist.

“The Tully Center has become a player in free speech, free press and First Amendment circles not only here on campus but around the country, and through some of our initiatives around the world,” Gutterman says. “I wanted to mark our 10th year with a project that could help educate our students and the larger community. I think our filmmaking team did just that.”