A review in The Nation magazine calls David Yaffe’s new biography about the Canadian singer-songwriter Joni Mitchell “a swoony valentine to Mitchell, or at least to the effect that her music can have on the spirit.” Yaffe is unapologetic about that critique: “Absolutely,” he says. “I wanted to make her beautiful.” 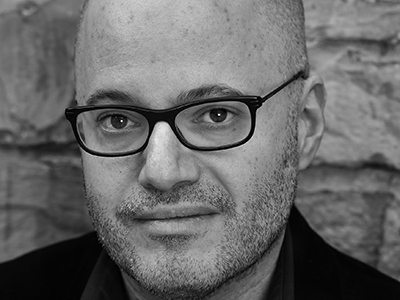 In another favorable review, The Atlantic calls “Reckless Daughter: A Portrait of Joni Mitchell” (Farrar, Straus & Giroux) “the best full-length treatment of Mitchell yet published.” Key to the book’s success, reviewers note, is Yaffe’s unprecedented access to Mitchell, notorious for her disdain for the press and reputation for distancing herself from people who displease her. His meticulous research included interviews with 60 of her friends, lovers and bandmates.

“Making the most of his proximity, he pulls off the feat that has eluded so many of his predecessors,” the Atlantic writes of Yaffe’s 10-year project. “He forges an intimacy with Mitchell on her own, uncompromising terms by truly listening to her, as closely and as generously as she’s always deserved.”

Yaffe, assistant professor of humanities in the College of Arts and Sciences and a music critic, will discuss his book at a reading at 7 p.m. Thursday, Nov. 30, at Barnes and Noble, 3454 Erie Boulevard E., DeWitt. It is the only local appearance for Yaffe, who has been busy with media interviews and readings since before the book came out in October.

Interviews and reviews are piling up, appearing in outlets including The New Yorker, Rolling Stone, The New York Review of Books, PBS News Hour, CBC and The Washington Post

In a Q&A with Columbia Journalism Review, Yaffe describes his approach. “I knew right away that I wanted to do a portrait, which meant not talking about every song and telling every story,” he says. “I’d pare it down, so that all is essential and in the service of a coherent narrative. The trick is to find the information that is most compelling.” 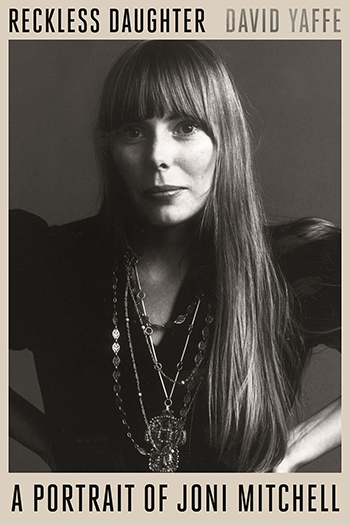 The cover of “Reckless Daugher”

Two years as the Dean’s Fellow in the Humanities allowed him “to write the book exactly the way I wanted to.” He has taught courses on Joni Mitchell since 2008; about 20 students are in that class this semester.

During a long interview about writing and music, Yaffe discussed the challenges and rewards of writing about Mitchell–a musician he has admired since he was a teen. He pulled out his cellphone several times to play recordings of Mitchell’s songs and explain the chord progressions and the lyrics’ origins.

Mitchell, he says, is fiercely independent and often a provocateur–a “pot stirrer.” She can be cutting and cruel–she refused to talk to Yaffe for years, even as he was writing her biography.

“I don’t think it was her goal to be famous,” he says of the musician who grew up in Saskatchewan and worked with Leonard Cohen, Joan Baez, Judy Collins, Herbie Hancock and David Crosby. Yaffe sympathetically chronicles her experience with polio, giving up a daughter to adoption (then reuniting with her) and frustration with the music business.

She began touring in the United States in 1965, first identified as a folk singer. But her music was more complex than that—mixing jazz, pop, classical and acoustic elements to create her distinctive style, Yaffe says.

She won nine Grammys, including a Lifetime Achievement Award in 2002.

Yaffe last interviewed Mitchell before she suffered an aneurysm March 31, 2015. She celebrated her 74th birthday this month.

“She never cared about perception,” Yaffe says, “Think about all it took to be who she was. We get to enjoy it more than she did. I feel like there’s a wound in her that cannot be healed, a hole that can’t be filled.”

In a CBC interview, Yaffe read a letter he wrote to Mitchell upon the book’s publication. “I was so fortunate that I had the opportunity to listen to you, to learn from you,” he writes.