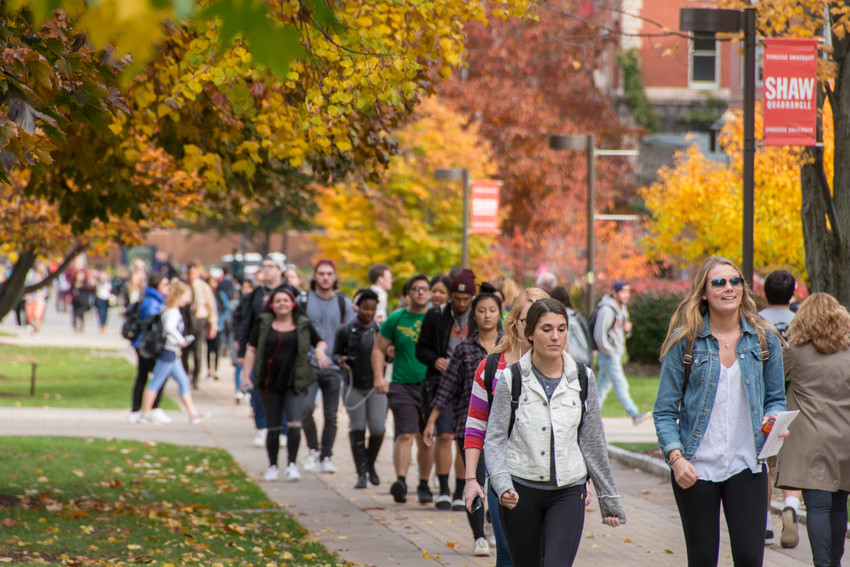 The Student Association’s new Diversity Affairs Committee wants students to consider joining in the work of the committee that began this fall. Photo by Steve Sartori

Diasia Kittrell-Robinson ’18 became the first director of diversity affairs for the Student Association during the 2016-17 academic year. During that year, she kicked off several projects for students, began serving on special University work groups and became a go-to person for other Student Association members on diversity issues.

She soon realized more representation was needed to better embody diversity on campus. 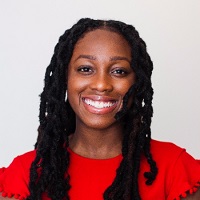 “I’m a woman and I’m African American but that’s not the essence of diversity on campus. We have international students and LGBTQ students. We have issues of disability rights,” says Kittrell-Robinson, an international relations major in the College of Arts and Sciences and the Maxwell School of Citizenship and Public Affairs.

“There’s all that intersectionality, and I thought it made sense to have a committee that could speak to all these issues,” she adds.

“The main focus of the committee is to have more representation and more perspective on diversity and inclusion on campus,” Kittrell-Robinson says.

Khan says they want to find more ways for different groups on campus to connect.

“We want to create a platform where students from different backgrounds and with different identities come together,” says Khan, an economics major in the College of Arts and Sciences who is also involved with the student organization Thrive at SU. “Students can interact with each other, learn about each other and promote that sense of inclusivity and diversity.”

The committee is open to any student. So far, they’ve had students from many of the University’s schools and colleges. 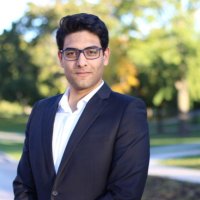 “It’s not enough for me and Diasia to identify each problem on campus, so that’s where the Diversity Affairs Committee comes in,” Khan says. “We collectively come up with solutions.”

During her first year in the position of the diversity affairs director, proposed by SA’s 59th Legislative Session, Kittrell-Robinson was named to the Chancellor’s Workgroup on Diversity and the Ad Hoc Committee on Deferred Action for Childhood Arrivals (DACA)/Undocumented Students. She also organized a free bus trip to the recently opened National Museum of African American History and Culture in Washington, D.C., which filled up in an hour, and planned the Student Association’s first-ever Diversity Week in the spring.

To help bring groups together, she organized a collaborative dance workshop as part of Diversity Week; there was also a meditation workshop led by students and a movie showing of “Moonlight,” followed by a discussion of LGBTQ rights.

“For the Student Association, all of this is pretty new, which is exciting,” she says.

Since the start of the school year, the Diversity Affairs Committee has been working on a food and hygiene drive to assist students in need in the Syracuse community and local shelters, partnering with NYPIRG and the Food Recovery Network.

They are also planning for another bus trip to the museum in Washington, D.C., which they hope will be an annual event, and they are also developing next spring’s Diversity Week. “We’ll build on Diversity Week and make it bigger and better,” Kittrell-Robinson says.

Diversity Week will also partner with Thrive at SU to incorporate the Thrive Together Fair into its events. The annual cultural fair, with its inaugural event last spring, celebrated diversity with a showcase of student organizations and community groups, with proceeds going to the local nonprofit group InterFaith Works, Khan says.

The committee is also hoping to broaden its reach in other areas.

Other members of the committee are also interested in fostering more dialogue between the Department of Public Safety (DPS) and students to better support each other. A sub-committee is being created as part of SA’s Student Life Committee to focus on on- and off-campus safety and DPS-related issues and offer ways to report concerns that would be presented to DPS.

As the work of the committee develops and it establishes short- and long-term goals, Khan says its overall goal is to advocate for students. “We want to make students feel at home on campus and make them feel like they are being heard—and that their problems are being worked toward solutions,” he says.

Kittrell-Robinson wants students to recognize that SA cares and see the association as a resource.

“We do a lot on campus to serve the students and I would want the committee to engage the student body in a way that has never been done before,” Kittrell-Robinson says. “I want us to come up with things students are excited about and want to participate in.”

Students who are interested in participating on the committee can attend the meetings Thursdays at 3:30 p.m. in the Student Association offices at the Schine Student Center.