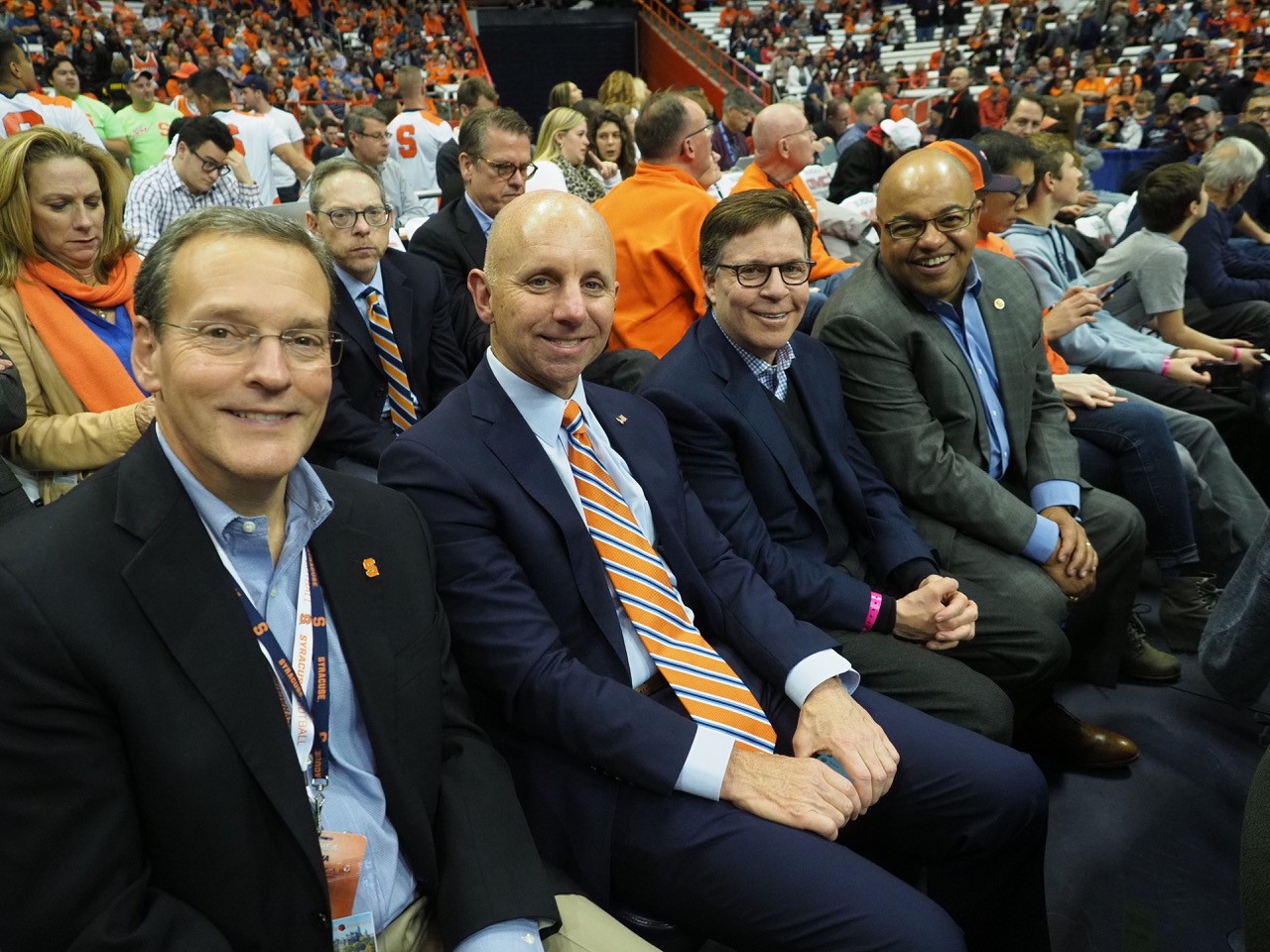 Along with McDonough, others who spoke at the event included Newhouse Dean Lorraine Branham and Tirico’s friend and former boss, Syracuse Director of Athletics John Wildhack ’80. Prior to assuming his current role heading Syracuse Athletics in August 2016, Wildhack was executive vice president for programming and production at ESPN.

Tirico is a host and play-by-play announcer for NBC Sports Group, which he joined in 2016 after a 26-year career with ESPN. Tirico will take over Olympics hosting duties from outgoing host Costas starting with the 2018 games in PyeongChang, South Korea.

At NBC, Tirico has served as host of “Football Night in America,” the most-watched studio show in sports, as well as The Open, The Ryder Cup and Breeders’ Cup horse racing. He also handled play-by-play for “Sunday Night Football,” “Thursday Night Football” and Notre Dame football. He made his Olympics debut in Summer 2016 as an NBC daytime host and host of the Closing Ceremony in Rio.

The Glickman Award is named for sportscasting pioneer Marty Glickman ’39.

For more on the award ceremony, check out the Facebook Live recording and search Twitter with #TheMartyAward.