Verbal Blend, a spoken-word poetry program within the Office of Multicultural Affairs in the Division of Enrollment and the Student Experience, is celebrating its tenth anniversary on Friday, Nov. 17, at 6:30 p.m. in the Joyce Hergenhan Auditorium, Newhouse 3. Doors will open at 6 p.m. and the event includes a reception, dinner and performance. 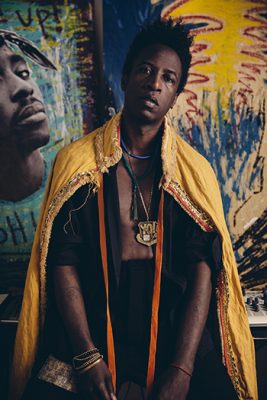 The event will feature artist Saul Williams who will receive the Poetic Icon Award at the celebration. An acclaimed artist, poet and performer, Williams has won the Nuyorican Poets Café’s Grand Slam Championship, was featured in the documentary film “SlamNation,” and starred in the film “Slam.” At the turn of the century, Williams established global fame for his poetry and writings. He has performed in over 30 countries and read at more than 300 universities and other venues, including the White House, the Sydney Opera House, Lincoln Center and the Louvre Museum. Williams received a bachelor of arts from Morehouse College and a master of fine arts from the Tisch School of the Arts at New York University. In addition to his successful poetry career, Williams also broke into the music industry. He released a new studio album in 2016 titled “MartyrLoserKing,” a multimedia project that includes guest appearances from Emily Kokal and Heleek Maul.

For more information, contact Cedric Bolton, coordinator of student engagement in the Office of the Multicultural Affairs, at 315.443.9676 or ctbolton@syr.edu.