Profiles from the Past and Present—Celebrating Alumni and Student Veterans

In celebration of Veterans Week 2017 at Syracuse University, the Office of Veterans and Military Affairs is recognizing the success stories of one current student veteran and one military-connected alumni each day of the week.  After welcoming veterans to campus as far back as World War I, and having the longest consecutive running ROTC program in the country, we have further defined our historic commitment to serving those who serve. The stories highlighted this week are just some of the many contributions making Syracuse University the best place for veterans.

Daniel D’Aniello grew up in Butler, Pennsylvania, and was raised by his Italian Catholic mother and grandmother. As a “good Italian boy,” as he put it, he used to help his single mother pay the bills by bagging groceries at his uncles’ produce company, while she earned a living working four jobs. D’Aniello’ s childhood consisted of working at an early age, being an altar boy and singing in the church choir, and competing on the gymnastics team. He was voted most popular in high school, but higher education would be what “changed his life.” 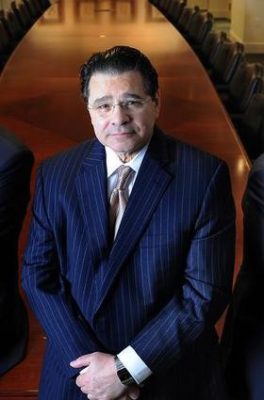 He served as a financial officer at PepsiCo and Trans World Airlines (TWA), developing skills he would need when he later served as vice president for finance and development at the Marriott Corp. from 1981-1987. While at Marriott, he was responsible for the evaluation of major mergers, acquisitions, divestitures, debt and equity offerings, and project financings.

With partners William Conway Jr. and David Rubenstein, he cofounded the Carlyle Group in 1987. They used politically connected advisors such as former President George H.W. Bush and former British Prime Minister John Major to buy defense-oriented firms, turning them around and selling them for profit. He serves as chairman of the board, running the firm’s daily operations. Today the firm manages around $203 billion across 129 buyout, leveraged finance, real estate and venture capital funds. The Carlyle Group bought pipeline outfit Kinder Morgan for $22 billion, acquired Philadelphia Energy Solutions in 2012, saving 850 local jobs, and even has minority investments in Beats Electronics. It has become a famed Washington-based private equity firm with expansions and investments internationally, and was even inducted into the Dow Jones Private Equity Analyst Hall of Fame. The Carlyle Group’s geographical reach spans the globe in 23 countries on six continents, making it one of the largest private equity firms in the world.

Currently, D’Aniello serves as vice chairman of the American Enterprise Institute’s Board of Trustees, in addition to serving on the Board of Trustees of his alma mater, Syracuse University, and on the Corporate Advisory Council of the Whitman School of Management.

According to the Forbes 400 richest people in America this year, Daniel D’Aniello made #229, with a net worth of $2.8 billion, which he has made through private equity. The Carlyle Group’s big returns have made D’Aniello and his family rich, and he continues to show his gratitude through donations to several institutions, one of which is Syracuse University. The D’Aniello Entrepreneurship Internships, an internationally recognized initiative, are named after him as a testimony to what he stands for: the entrepreneurial spirit, hard work, imagination, aggressiveness, tenacity and strong moral values. D’Aniello also made a huge contribution to the American Enterprise Institute of $20 million, in order to help the conservative think tank move into its first permanent home in history.

D’Aniello has also been married to his wife, Gayle, for 36 years and they are the parents of two daughters. They currently reside in Vienna, Virginia.