More Profiles from the Past & Present—Celebrating Alumni & Student Veteran Stories

In celebration of Veterans Week 2017 at Syracuse University, the Office of Veterans and Military Affairs is recognizing the success stories of one current student veteran and one military-connected alumnus each day of the week. After welcoming veterans to campus as far back as World War I, and having the longest consecutive running ROTC program in the country, we have further defined our historic commitment to serving those who serve. The stories highlighted this week are just some of the many contributions making Syracuse University the best place for veterans. 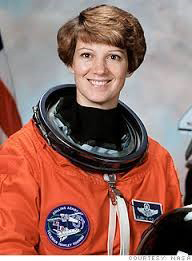 Eileen Collins was born on Nov. 19, 1956, into a family of Irish immigrants in Elmira, New York. From an early age, she marveled at the wonder of flight. Her fondest childhood memories were visiting the Harris Hill Soaring Corporation and Museum and standing around the local airport with her parents to watch planes take off. This sparked a desire to take flying lessons, so she took a part-time job at a pizza parlor to save up $1,000 for private lessons. By the age of 19, Collins entered the cockpit for the first time and knew instantly that she would be a pilot.

After high school, Collins attended Corning Community College. With determination and her family’s support, she quickly earned an associate’s degree in mathematics and a two-year Air Force ROTC scholarship at Syracuse University. Collins graduated from Syracuse in 1978 with a bachelor of arts in mathematics and economics and a commission as a U.S. Air Force Second Lieutenant. She entered the Air Force just as the doors started opening for women pilots. She set her sights on attending undergraduate pilot training school at Vance Air Force Base in Oklahoma, where she was among the first group of 120 females to apply—and one of only four women selected. Within a year, the 23-year-old lieutenant became the U.S. Air Force’s first female flight instructor. In 1983, Collins was reassigned to Travis Air Force Base in California, where she flew C-141 cargo planes and participated in numerous military and humanitarian missions overseas. Several years later, Collins taught mathematics at the U.S. Air Force Academy after earning master’s degrees in operations research from Stanford University and in space systems management from Webster University. 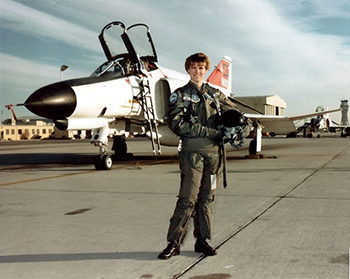 Eileen Collins as a pilot

With two advanced degrees, over 1,500 hours of flight time and a cool-headed reputation, Collins was the second woman ever accepted to the prestigious Air Force Test Pilot School at Edwards Air Force Base in California. Upon graduation in 1990, NASA selected her for the astronaut program. At NASA, she famously became the first woman astronaut to both pilot (1995) and then command (1999) a Space Shuttle mission. Under her command, the shuttle Columbia made history when it deployed a $1.5 billion telescope into orbit to enable deep-space exploration of exploding stars, quasars and black holes.

Collins retired from the U.S. Air Force in 2005 at the rank of colonel. Her list of honors and awards is long and befitting of one of the nation’s the first female pilots and astronauts. The main boulevard entrance to Syracuse Hancock International Airport proudly bears her name. So too does the astronomical observatory at Corning Community College. Collins is also a Syracuse University Arents Award recipient, an inductee of the National Women’s Hall of Fame and recognized by Encyclopedia Britannica as one of the top 300 women in history to have changed the world.