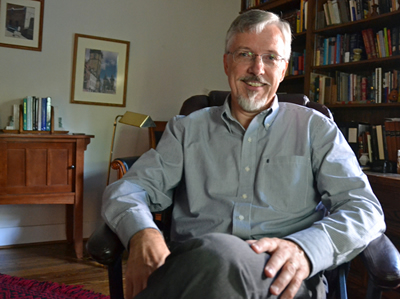 James W. Watts, professor in the Department of Religion in the College of Arts and Sciences, has written a new book about the ritualizing of the Pentateuch–the first five books of the Jewish and Christian bibles. “The Pentateuch depicts itself as a physical object from the start,” he says. “It’s not just the text that’s important, but how you use the object.”

Watts, a scholar of the Hebrew Bible and ancient Near Eastern textual traditions, wrote “Understanding the Pentateuch as a Scripture” (Wiley Blackwell, 2017) as a Käte Hamburg Kolleg visiting fellow at Ruhr University in Bochum, Germany. He spent a year there as part of an international research group at the Center for Religious Studies (CERES).

His new book and the fellowship reflect his interest in the symbolic or “iconic” uses of books and other texts. The same concept underlies the Iconic Books Project at Syracuse University, which Watts co-founded in 2001.

Biblical studies typically focus on the interpretation rather than how people use the physical books of the scriptures, the bibles and Torah scrolls, Watts explains. His book aims to provide “an understanding of how scriptures function traditionally and today.” Readers and students will learn “how the contents of the Pentateuch established and modeled those forms of textual rituals throughout Jewish and Christian history,” he adds. 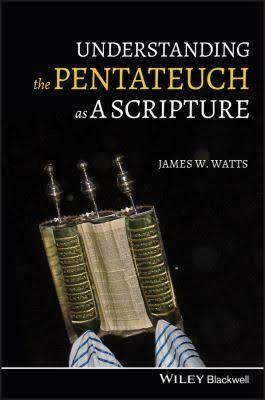 According to the Book of Exodus, the second book of the Hebrew Bible (Christians call this the Old Testament), God gave the Ten Commandments to Moses. But the Bible never describes anyone reading this list of laws. Instead, Moses reads a Torah scroll to the Israelites. “The Tablets of the Commandments are for possessing,” Watts explains. “They are an icon. They are the physical evidence of the covenant with God.”

Their meaning, he says, is similar to that of documents like driver’s licenses, passports and property deeds. “Those are iconic texts,” he explains. “There’s identity and rights attached to them. You rarely talk about people reading them. It’s all about possession and display.”

Because the Pentateuch (Torah) was the first part of the Bible to become scripture, its model set the precedent for how subsequent forms of Jewish and Christian scriptures would function.

In October, Watts delivered the keynote address at the “Books as Sacred Beings” international conference at Seoul National University. The conference was organized by the Society for Comparative Research on Iconic and Performative Texts, which grew out of the Iconic Books Project. Watts will also present “Ritualizing the Size of Books” and respond to studies of the Ten Commandments at the American Academy of Religion/ Society of Biblical Literature Nov. 18-19 in Boston.