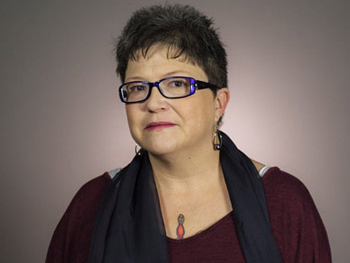 Dana Cloud, professor of communication and rhetorical studies in the Department of Communication and Rhetorical Studies in the College of Visual and Performing Arts, has been awarded the 2017 top paper honor in the GLBTQ Studies Division of the National Communication Association (NCA) for her essay “The Rhetorical Framing of Whistleblowers: Secret Agents and Queer Failure.” Cloud will present the paper at the annual convention of the NCA in Dallas later this month.

Cloud’s research interests include critical rhetorical and cultural studies, including Marxist theory, feminist theory, public sphere theory and postmodernism; rhetoric of social movements; representations of sex, gender and race in popular media; activist scholarship; and scholarship about activism. Her past awards and honors from the NCA include the Communication and Critical Cultural Studies Division’s Distinguished Scholar Award; the Communication and Critical Cultural Studies Division’s Best Article of the Year Award for “Shock Therapy: Oprah Winfrey, Celebrity Philanthropy and Disaster ‘Relief’ in Haiti’”; and the Francine Merrit Award for the mentoring of women.