In celebration of Veterans Week 2017 at Syracuse University, the Office of Veterans and Military Affairs is recognizing the success stories of one current student veteran and one military-connected alumni each day of the week.  After welcoming veterans to campus as far back as World War I, and having the longest consecutive running ROTC program in the country, we have further defined our historic commitment to serving those who serve. The stories highlighted this week are just some of the many contributions making Syracuse University the best place for veterans. 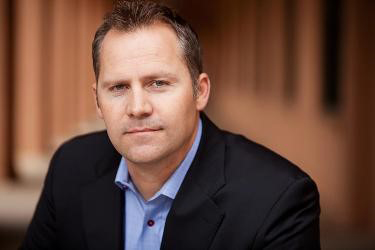 Denver has run every phase of training for the U.S. Navy SEALs and led special-forces missions in the Middle East, Africa, Latin America and other international hot spots. He starred in the hit film “Act of Valor,” which is based on true SEAL adventures. Denver has authored both the New York Times bestseller “Damn Few: Making the Modern SEAL Warrior” and “Worth Dying For: A Navy SEALs Call to a Nation.” Denver was most recently seen on FOX’s “American Grit.” The series followed 16 of the country’s toughest men and women as they face a variety of military-grade and survival-themed challenges set in the wilderness.

After completing the SEALs’ legendary Basic Underwater Demolition program in 1999 (BUD/S Class 224), Denver began an action-filled 13-year career as a platoon commander and training leader with America’s premier special-operations force. As assistant officer in charge of BRAVO Platoon at SEAL Team THREE, he was deployed to SOUTCOM, the Central and South American Area of Operations, where his platoon was the “alert” SEAL team for maritime interdiction, hostage rescue, counterinsurgency and counternarcotics. As SEAL officer aboard the USS Bonhomme Richard, Denver led his group’s response to a murderous uprising in the Ivory Coast nation of Liberia, launching advanced-force operations, conducting hydrographic beach reconnaissance and helping to get U.S. Marines safely ashore. At Special Boat Team TWELVE, he started the Maritime Capable Air Deployable Boat Detachment, which specialized in parachuting large assault boats from U.S. aircraft. 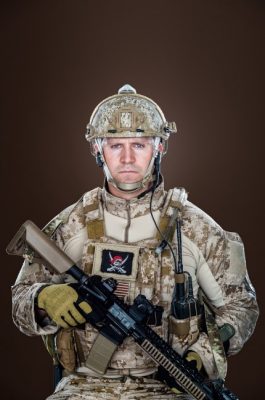 In 2006, Denver was officer in charge of BRAVO Platoon of SEAL Team THREE in Iraq’s Al Anbar Province in one of the most combat-heavy deployments of any regular SEAL team since Vietnam. Stationed in Habbaniya, his team conducted more than 190 missions, including sniper operations, direct assaults, special reconnaissance and ground patrols. Two of his teammates were killed in action, including Mike Monsoor, who received the Medal of Honor for jumping on a live grenade to save his teammates. Denver’s team has been widely credited with propelling the “Tribal Awakening” that helped to neutralize Iraq’s Shia insurgency. Denver was awarded the Bronze Star with “V” for valorous action in combat.

After returning to the United States, Denver was appointed flag lieutenant to Adm. Joseph Maguire, commanding officer of Naval Special Warfare, traveling to Afghanistan and briefing Congress on SEAL operations. In 2009, he became First Phase officer of SEAL Basic Training, including Hell Week, then rose to Basic Training officer. He went on to run all phases of training, including advanced sniper, hand-to-hand fighting, communications, diving and language.

Denver is an honor graduate of the U.S. Army Ranger School. In addition to his Syracuse University education, he earned a master’s degree in global business leadership from the University of San Diego.