In celebration of Veterans Week 2017, the Office of Veterans and Military Affairs is recognizing the success stories of one current student veteran and one military-connected alumnus each day this week. After welcoming veterans to campus as far back as World War I, and having the longest- running ROTC program in the country, the University has further defined its historic commitment to serving those who serve. The stories highlighted this week are just some of the many contributions making Syracuse University the best place for veterans. 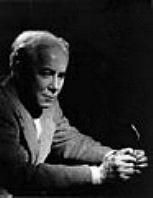 Lorimer W. Rich graduated from Syracuse University in 1914 with a degree in architecture, and then immediately went on to serve with distinction as a U.S. Army infantryman during World War I.  At the conclusion of the war, Rich continued his academic studies in Italy. Upon his return to New York, he joined the firm of McKim, Mead & White.

Rich left McKim, Mead & White after eight years and over the next five decades he became one of the nation’s most prolific designers of government buildings, post offices, court houses, college dormitories and churches. Locally, he designed the Rome Court House, Camden United Methodist Church and State University College at Oswego. For his alma mater, Syracuse University, he designed the E.I. White College of Law, Watson, Marion and Shaw halls and the renovated Archbold Gymnasium.

One of Rich’s most famous works is the design of the Tomb of the Unknowns in Arlington National Cemetery, a commission he won through national competition early in his career. Rich also designed the Tomb of the Unknown Revolutionary War Soldiers at North James and Liberty streets in Rome, as one of his last works.

Later in his career, he became a critic in design at the School of Architecture of Columbia University, and in 1940 was awarded an honorary doctorate in fine arts from Syracuse University. He also was a critic in architectural and city planning at the Pratt Institute in New York City.

Rich retired in 1971 at the age of 80, to his native hometown of Camden, New York. Upon his death in 1978, President Jimmy Carter personally approved his remains to be interred in Arlington so that he could be near the tomb he designed. Rich is buried in Section 48 of Arlington National Cemetery, directly behind the Tomb of the Unknowns and the Memorial Amphitheater.