On Friday, Nov. 3, the Theta Xi chapter of Phi Beta Sigma Fraternity Inc. is hosting its annual “Laugh till you Turn Blu” comedy show in Goldstein Auditorium, Schine Student Center. The event is -11 p.m. and open to the public. 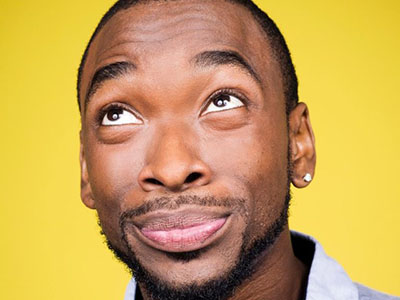 This year’s main act is actor and stand-up comedian Jay Pharoah. During Pharoah’s six seasons with NBC’s “Saturday Night Live,” he was best known for his uncanny celebrity impressions. Most recently, Pharoah is headlining comedy clubs and shooting for the new series “White Famous” on Showtime. In addition to television, Pharoah has appeared in films, including “Get a Job,” “Ride Along” and “Top Five.”

Tickets for the comedy show are available at the Schine Box Office for $5 for students, faculty, staff and the public. Students also have the option of purchasing combination tickets for the comedy show and the Phi Beta Sigma Glow Party at Skybarn on Saturday, Nov. 4, for $6 or a VIP option for $7. For more information, contact Phi Beta Sigma at pbsthetaxi75@gmail.com.