Syracuse Symposium continues its yearlong survey of “Belonging” with a quartet of multidisciplinary events. 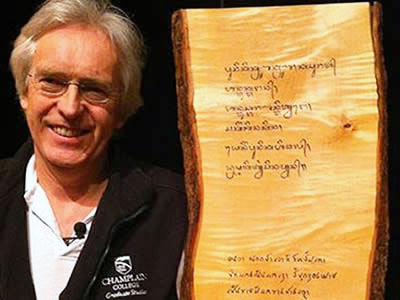 On Friday, Nov. 3, Tim Brookes, founder of the Endangered Alphabets Project, will address “Where Have All the Alphabets Gone? Disappearing Traditional Writing Systems and the Worldwide Loss of Cultural Identity.” His lecture is from 10-11:30 a.m. in the Peter Graham Scholarly Commons, 114 Bird Library.

On Wednesday, Nov. 8, Prior will lead a workshop titled “Enough With All These Border Walls: Redrawing Disciplinary Becoming and Belonging” from 9 a.m. to noon in 304 Tolley Humanities Building.

That same day, he and Shipka will examine “Making and Remaking a Literate Life: Being, Longing, Belonging” from 2:15-3:45 p.m. in the Peter Graham Scholarly Commons, 114 Bird Library.

On Thursday, Nov. 9, Shipka will lead a small group in a variety activites called “Making, Being and Belonging Through Multimodal Composing” from 8:30 a.m. to noon in 319 Sims Hall. Coffee and light breakfast will be served at 8:30 a.m.; the presentation will begin at 9 a.m.

The workshops are filled to capacity, but those wishing to be placed on a waiting list may contact Patrick Berry, assistant professor of writing and rhetoric in the College of Arts and Sciences (A&S), at pwberry@syr.edu.

All events are free and open to the public. For more information, call the Syracuse University Humanities Center in A&S at 315.443.7192, or visit humcenter.syr.edu. 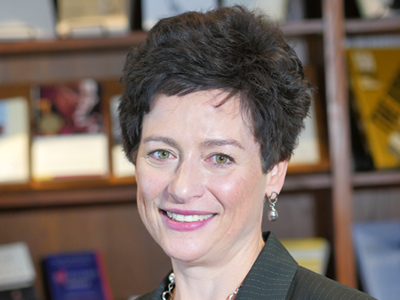 “All three presenters are highly interdisciplinary,” says Vivian May, director of the Humanities Center and professor of women’s and gender studies in A&S. “With the Endangered Alphabets Project, Tim Brookes has created an ambitious linguistic-art initiative to protect disappearing languages and scripts. Paul Prior studies sociocultural theories of writing; Jody Shipka, multimodal discourse and digital rhetorics. Common among all of them is the desire to imagine new potentials for conceiving archives, authorship and agency.”

Brookes, an associate professor of communication and creative media, as well as a professional writing instructor at Champlain College in Vermont, founded the Endangered Alphabets Project to bring attention to imperiled, minority and indigenous cultures, using their writing systems to create art. Since 2010, he has been carving and painting decorative or functional pieces that depict these vanishing languages and scripts.

A number of Brookes’ plaques, along with photographs of some of his other pieces and information about 15 at-risk languages, are on display on the first floor of Bird Library through Friday, Nov. 3.

“His visit will address questions of how a culture’s writing system reflects a sense of value, legitimacy and belonging, why certain cultures around the world are losing their traditional scripts, and what else is being lost in the process,” says May, adding that Brookes is an Oxford-educated writer and artist. “His is a timely and relevant pursuit.”

According to the United Nations Educational, Scientific and Cultural Organization, the world has 6,000-7,000 languages, half of which may disappear by the end of the century. Most languages spoken today rely on fewer than 100 alphabets. The Latin, Arabic, Cyrillic, Chinese and Japanese alphabets dominate.

“At least a third of the world’s remaining alphabets are endangered,” Brookes says. “[They are] no longer taught in schools, no longer used for commerce or government; understood only by a few elders; restricted to a few monasteries; or used only in ceremonial documents, magic spells or secret love letters.”

Using Vermont Tiger Maple as his canvas, Brookes combines his love of woodcarving with his passion for preserving traditional languages and scripts. His research and artistry have led to presentations and educational partnerships all over the world, as well as national and international media coverage. Recently, the Smithsonian Folklife Festival in Washington, D.C., presented an exhibition of his work. 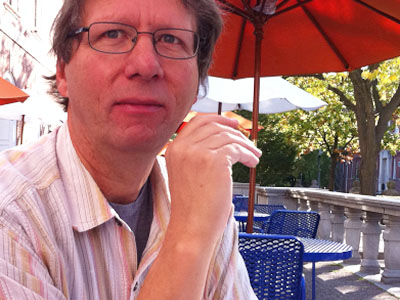 Prior is a professor of English at UIUC, where he directs the Center for Writing Studies. Former editor of the journal Research in the Teaching of English (National Council of Teachers of English), he specializes in writing studies, literate activity, dialogic theory, semiotic practice and applied linguistics.

May says that, at Syracuse, Prior will invite participants to consider “heterogeneous trajectories that become entwined in their own disciplinarity” and then use their autobiographical reflections to “rethink relevant problem spaces in theory, research and practice.”

“His solo workshop is divided into two parts,” she explains. “During the first part, participants will think about their own becoming and engagements in disciplinarity, reaching a deeper awareness of the system of terms, tropes and interests that constructs typical models of discipline. The second part of the workshop will explore implications for theory, research and practice of seeing disciplinary becoming and belonging as laminated assemblage, rather than category membership.”

The author or editor of three books, including “Exploring Semiotic Remediation as Discourse Practice” (Palgrave Macmillan, 2010), Prior also will team up with Shipka for a workshop challenging static notions of being and belonging in accounts of literacies and disciplines. According to a joint statement, Prior and Shipka will offer a “dynamic view of the embodied, affective and historically situated process of making and remaking literate lives.” 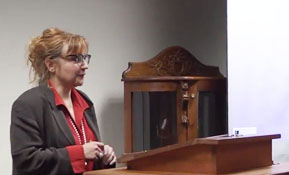 An associate professor of English at UMBC, Shipka teaches courses in the communication and technology track. She is the author or editor of multiple books, including “Toward a Composition Made Whole” (University of Pittsburgh Press, 2011), and is a highly sought-after conference and workshop presenter.

“Historically speaking, composition—as a discipline and a course—has focused on human agents/agencies (writers) and the production of print-based (alphabetic) scholarly texts,” Shipka writes. “I argue for an expanded, increasingly dynamic focus for composition: One that advocates for the inclusion of more beings (both human and nonhuman), and that recognizes various forms of longing, and, in so doing, facilitates a greater capacity for belonging.”

Their workshop is co-sponsored by the Department of Writing, Rhetoric and Composition (A&S); SOE; LLL (A&S); and the Composition and Cultural Rhetoric Graduate Circle (A&S).

Shipka will conclude her visit with a hands-on workshop, exploring the relationship between belonging and composition. The theme, she says, is a response to the tendency to conflate multimodality with digital media.

“We will encourage participants to understand how composing with objects provides opportunities to create different kinds of arguments and tell different kinds of stories about themselves and the world around them,” Shipka adds. “In so doing, we will examine the complex relationship between making, being, longing and belonging through the lens and practice of multimodal composition.”