The panel discussion, moderated by Newhouse Associate Dean Joel Kaplan, will be held at The Paley Center for Media, 465 N Beverly Drive, Beverly Hills. The event begins with a reception at 6 p.m., followed by the main program at 7 p.m. Registration is required by Nov. 3. Follow on Twitter at #JournalismMatters.

Panelists will discuss the current journalism environment and how their careers have forever changed following the 2016 presidential election. 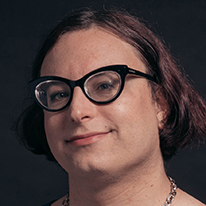 Fried is chief technology correspondent for Axios. She was previously a senior editor at Recode, where she covered mobile and served as producer of the Code/Mobile series of conferences. Prior to Recode, Fried covered mobile for “All Things Digital,” where she also co-produced the D: Dive Into Mobile conference. She spent a decade at CNET, where she covered, among other things, Microsoft and Apple. Prior to joining CNET, she covered chips for Bridge News and was a writer at the Orange County Business Journal and Orange County Register. Fried is a past vice president and national board member of NLGJA: The LGBT Journalists Association and in 2016 was inducted into the LGBT Journalists Hall of Fame. She is an alumna of Miami University in Ohio. 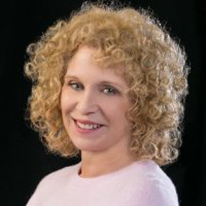 Gould worked at NBC News for almost four decades. She is known as a pioneer, role model and mentor for women in the industry, and has been an important voice in efforts to make newsrooms more diverse. She is a member of the board of the Committee to Protect Journalists.

Gould retired from NBC News in 2014 as senior vice president. Before becoming a senior manager, she spent a decade with “NBC Nightly News with Tom Brokaw,” where she ended her tenure as the broadcast’s first female executive producer.

Prior to “Nightly News,” Gould helped create and was senior producer of the award-winning broadcast “NBC News Overnight with Linda Ellerbee.” Gould also worked for the presidential elections unit, and was a producer for Tom Brokaw’s documentary “D-Day Plus 40.”

Gould was a radio correspondent and field producer for NBC News in Paris, and later in London, from 1977-81. Before moving to Europe, she was a radio reporter for WAXC and a TV reporter for WOKR, both in Rochester, New York. 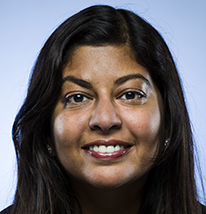 Mehta is a political writer for the Los Angeles Times. She covered the 2016, 2012 and 2008 presidential campaigns, as well as multiple gubernatorial, Senate and mayoral races. Mehta is a frequent face on television, appearing weekly on MSNBC as well as on CNN, ABC, BBC and other outlets. She was named one of the top state political reporters in the nation by The Washington Post and completed a media fellowship at Stanford University. Mehta also contributed to Times’ coverage of devastating wildfires, which won the 2004 Pulitzer Prize for breaking news. She is an alumna of Syracuse University. 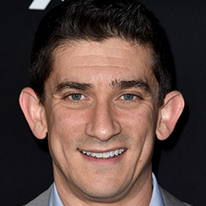 Siciliano is in his seventh season on NFL Network. He hosts the network’s daily news program “Up to the Minute” and all of its afternoon breaking news coverage. Siciliano has also hosted DIRECTV’s RedZone Channel since its inception in 2005.

Siciliano has been the preseason television play-by-play voice of the Rams since 2011. He hosted NBC Sports Gold Zone coverage of the 2014 Sochi Olympics and 2016 Rio Games.

After four years of covering the Bears as a radio reporter at Chicago’s WMAQ, Siciliano spent eight years as a nationally syndicated talk show host for FOX Sports Radio. He also hosted a midday radio show on 710 ESPN in Los Angeles.