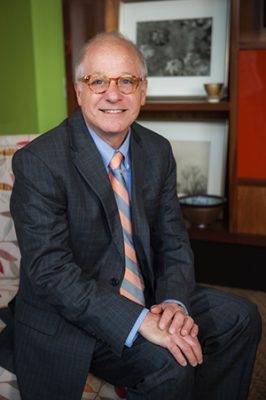 Dean Michael S. Tick of the College of Visual and Performing Arts (VPA) was appointed treasurer of the International Council of Fine Arts Deans (ICFAD) at the council’s recent annual conference in Halifax, Nova Scotia, Canada. Tick, who is serving a three-year term on ICFAD’s board of directors, will serve on the board’s executive committee in his new role.

Tick became dean of VPA in July 2016 after serving six years as dean of the College of Fine Arts at the University of Kentucky, where he managed a $38 million budget and 180 faculty in art and visual studies, music, theater, dance and arts administration, as well as the university’s accredited art museum and performing arts center. Prior to that he was chair of the Department of Theatre at Louisiana State University, where he also served as artistic director of Swine Palace, Louisiana’s premiere professional theater company. Outside of his leadership roles in higher education, he has taught acting, directing, voice and speech, and has widespread credits in producing, directing and company management.