Power and Responsibility—Ethics In Engineering and Computer Science

This is the expression that motivates Spider Man to fight the battle of good and evil in comic books and on the silver screen. Ethics expert Professor Dana Radcliffe says it is also a fitting principle to guide engineers and computer scientists. Except Radcliffe argues that responsibility comes with any level of power, no matter how great or small. 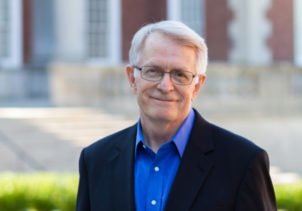 Radcliffe teaches ethics across several disciplines, including management and law at Cornell, and public administration, international affairs in the Maxwell School and computer science and engineering in the College of Engineering and Computer Science. He is also a frequent contributor to the Huffington Post on the subject.

Engineering and computer science disciplines are often misidentified as fields of purely technical study. Radcliffe argues that those who pursue these disciplines have an explicit responsibility to remain aware of their work’s impact upon society—whether it is building a bridge, designing medical implants or perfecting the wings of a plane.

And it is more important today than ever before. Technology’s ubiquity in our lives and the pace at which it is evolving leave very little time for society and policymakers to get out in front of it. This puts the engineers and computer scientists who are developing new technology in a powerful ethical position. Not only do they need to design new solutions with societal consequences in mind, they also have a responsibility to identify the risks that corporate and policy leaders may miss when it comes to technology.

“It is my goal to teach our students how technology affects people’s health, finances, safety, and physical and emotional welfare,” says Radcliffe. It is crucial that students have an awareness of the societal impact of their work as engineers and computer scientists. I want them to recognize the harm that results when the power of technology is not managed responsibly.”

Radcliffe points to the recent Equifax hack that exposed 143 million personal records as a prime example of that. Equifax was aware of the vulnerability that was exploited in their system a full two months before the breach took place. On top of that, it was provided with a patch that could have prevented the attack, had it been implemented. Assuming the company’s computer scientists and cybersecurity experts had access to this info, they could have prevented this massive attack by applying the patch or effectively conveying the risk involved in not taking action quickly to higher ups. They would have been in a uniquely powerful position to stop this far-reaching breach from happening.

Radcliffe says, “There is no question that technology advances our society, but we must be aware of the ethical implications of that advancement. Engineers and computer scientists have the best knowledge of technology and what it can accomplish. They know the risks better than anyone.”

As students gain vast technical knowledge to benefit society, they must also develop their sense of ethics and professional skills to protect society from the dangers of increasingly powerful technologies—to apply their great power to their great responsibilities. While it is unlikely that they will be called upon to don Spider Man’s red and blue spandex to battle the forces of evil, their duty is no less urgent and no less heroic.