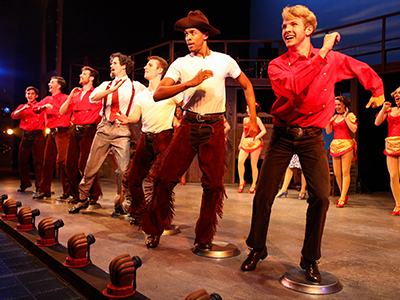 Backstage has listed the musical theater program in the College of Visual and Performing Arts’ Department of Drama as one of “Ten Musical Theater College Programs You Should Know.”

According to Backstage, the list, which does not numerically rank the programs, is based on such criteria as skill-building, networking and performance opportunities, along with “interviews with experts.”

Among the factors that landed the Department of Drama on Backstage’s list was its partnership with Syracuse Stage, which allows students to learn from, network with and perform alongside professionals, and the Tepper Semester, an immersion program that provides seniors with the opportunity to work closely with an accomplished faculty of professional artists in New York City.