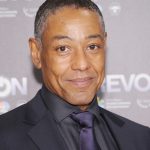 Festival tickets are available online and at each venue 30 minutes prior to a program. Tickets are free for Syracuse University and Le Moyne College students with a festival wristband or college I.D. Single tickets are $10 per event or $8 for individuals 60 years of age or older and under 13. A weekend-only film pass, valid for all film screenings Oct. 21-22, is $25. A full festival pass—valid for all films, receptions and meet-and-greet opportunities—is $100 per person or $175 for two.

Screenings and other activities take place at The Palace Theatre, 2384 James St., Syracuse, and at Shemin Auditorium in the Shaffer Art Building on the SU campus.

SYRFILMFEST 2017 begins with two films Wednesday night in Shemin Auditorium starting at 6:30 p.m.: “Hope I’m In the Frame” (2017, 58 mins.), focusing on Israeli director Michal Bat-Adam and winner of the 2017 Israeli Oscar for Best Documentary (Under 60 Minutes), followed by Bat-Adam’s film “The Road to Where” (2016, 96 mins.). A Skype conversation with Bat-Adam will take place after the screenings. 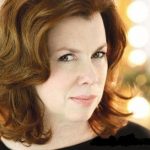 For the full schedule of films and more information, visit www.filminsyracuse.com. A portion of the ticket proceeds from SYRFILMFEST 2017 will benefit Meals on Wheels of Syracuse, which delivers nutritious meals, nutrition education and resource assistance to those in the Syracuse community who are unable to do so themselves.