Vice Chancellor and Provost Michele Wheatly today announced the appointment of Steven J. Bennett to the position of senior vice president for academic operations. As the Office of Academic Affairs continues to lead the implementation of the Academic Strategic Plan, Bennett will play a critical role in overseeing academic operations for administrative units that report to the provost’s office, including Information Technology, SU Press, SU Abroad and satellite facilities around the U.S. Bennett will also work closely with the provost and her leadership team on planning and budgetary matters. Bennett’s appointment was approved by the Executive Committee of the Board of Trustees and is effective Dec. 1. 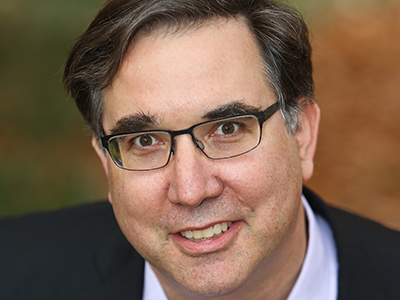 “Steve is a strategic thinker, an innovative leader, a change agent and problem solver who can manage the operational complexities that go along with our ambitious academic agenda,” says Wheatly. “Following a number of staff retirements, Steve’s appointment rebuilds the capacity of the Office of Academic Affairs to execute the University’s priorities. He is a talented administrator with a proven record of success that aligns well with our aspirations as a university.”

“I sense a palpable energy on the Syracuse University campus,” says Bennett. “It is exciting to walk into an organization whose people are so engaged and dedicated to the academic and research missions. I am looking forward to tapping into that excitement and being a part of the team that transforms the Academic Strategic Plan into reality.”

Bennett is currently vice president and chief operating officer of The Brookings Institution, the renowned think tank and public policy organization that conducts in-depth research to address societal problems at regional, national and global levels. In his position, he supervises the interactions among the institution’s research programs, and between the research and non-research sides of Brookings, promoting collaboration and interdisciplinary work.

At Brookings (2006-2017), Bennett has been part of a three-person executive team that developed and operationalized the institution’s strategic plan and institutionwide program objectives.  He conceived, implemented and managed partnerships with numerous universities including Brookings Executive Education with Washington University, Brookings Mountain West with the University of Nevada Las Vegas and Brookings-Hunter College/CUNY partnership.  He also oversaw human resources, information technology, building operations and security.

Prior to his career at Brookings, Bennett served as executive director for several nongovernmental organizations focusing on the intersection of trade and development. He was co-founder and executive director of the Global Fairness Initiative (GFI), from 2003-06. GFI is an international leadership initiative to advance innovative models of economic engagement in impoverished countries. At GFI, Bennett oversaw successful engagement processes in 13 countries on four continents. He also co-founded the Synapse Market Access Fund at GFI, a social venture financing tool designed to bridge the gaps between poor producers and markets and between micro-credit and commercial loans.

From 1996-2003, Bennett served as executive director of Witness for Peace, where he directed all programmatic and administrative operations and fundraising for the international human rights/economic justice advocacy organization with national and international offices. Prior to that, he served as interim executive director and program director for National Neighbors, promoting growth and opportunity for urban neighborhoods. He has also served as research associate at the Center for National Policy.

Bennett grew up on the Syracuse campus. He is the son of David H. Bennett, professor emeritus of history at the Maxwell School of Citizenship and Public Affairs. Steven Bennett received his bachelor of arts in 1990 from Colgate University and his masters of public policy in 1995 from Georgetown University. He returned to Syracuse for post-graduate study at the Institute for Creative Conflict Resolution in 1995.