Hiroshima Survivor to Share Her Experience during University Events

Share
Canary ProjectCollege of Visual and Performing ArtsfacultySchool of Architecture 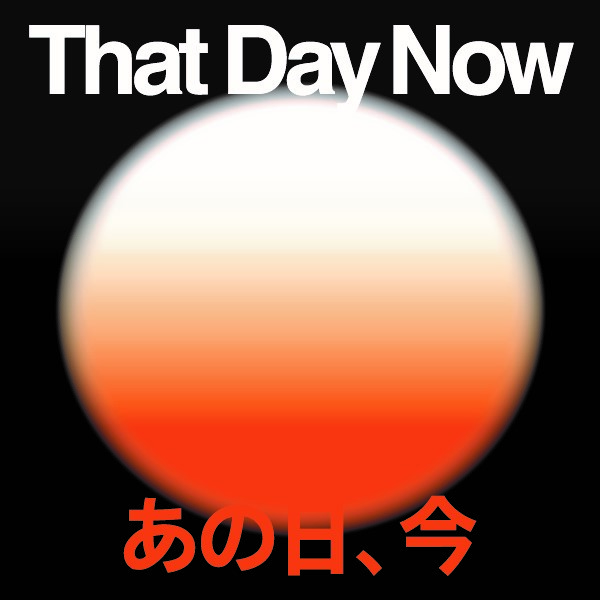 School of Architecture Associate Professor Yutaka Sho first met Keiko Ogura in the summer of 2016 in Japan during the SU Abroad travel seminar Design Through a Tourist’s Eye. The seminar focused in part on the way communities remember and rebuild after war and suffering.

Ogura, who is 80 and the Hiroshima Peace Culture Foundation’s official storyteller, spoke with the seminar students about her experience as an 8-year-old who survived the atomic bombing of her home city of Hiroshima in 1945.

“When we discussed her experience, she expressed that there are not many survivors left today and she wanted to talk to as many young Americans as possible,” Sho says. “Young people are the ones going to make decisions in the future, and she wanted to let them know what she went through. She wanted them to know what nuclear bombs can do.”

As a result of that powerful message, Sho and co-organizer Edward Morris of the transmedia department in the College of Visual and Performing Arts—along with collaborators across campus—will host Ogura from Oct. 24-30 at a variety of presentations, discussions and exhibitions. (See below for a list of public events.)

The events will include “Warped by Time, Shaped by History: The Art & Architecture of That Day Now,” with opening remarks by Ogura and a panel discussion; a conversation about dark tourism (tourism that focuses on historical sites of human suffering) in Hiroshima; and individual and small-group meetings that can be scheduled with Ogura. Ogura will also meet with the students in the course Re-Presenting History: Art and Architecture that Revive Connections to the Past, co-taught by Sho and Morris.

As one of the few remaining English-speaking survivors of the bombing, Ogura has a detailed memory of the day’s events that changed the world and led to the proliferation of nuclear weapons, which is still a global threat today.

“There is a big difference in what someone like Ms. Ogura can say about Hiroshima and what we can say. We are faced with a moment in time where firsthand witnesses of Hiroshima will soon be gone. How do we remember the event going forward?” Morris says. “It is all too easy to think about Hiroshima in terms of information. Yet, information cannot convey what happened and the unbelievable capacity of humans to hurt other humans.”

Just 2.4 kilometers from the hypocenter of the blast, Ogura and her family suffered minor injuries in the devastating blast that destroyed their home. In the aftermath, they saw the horror and suffering of the injured and dying and the ruins of their city.

“She was supposed to be at school that day, but her father had a bad feeling and wouldn’t let her go. She was near her home when she saw the flash and was blown away from the blast,” Sho says. “When she came to, everything was completely different. Everything was destroyed.” 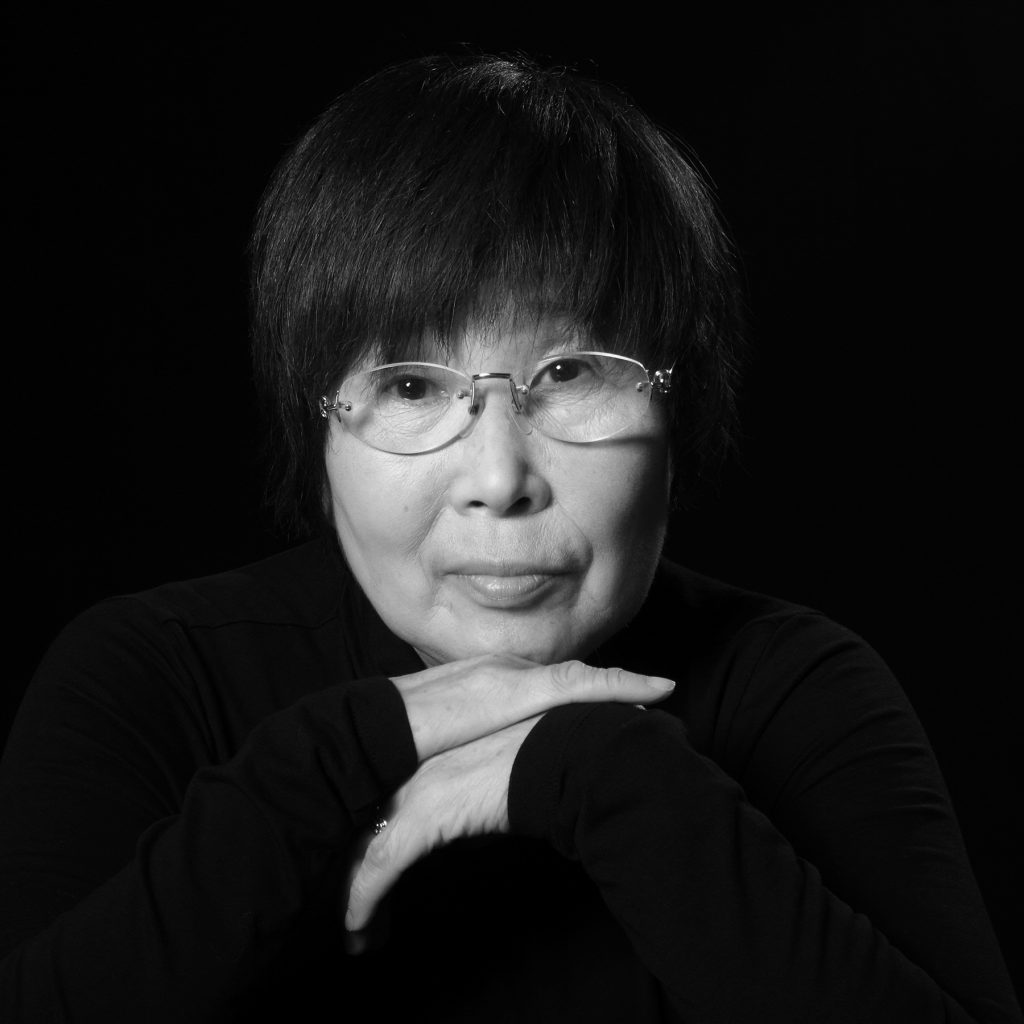 In an excerpt from the Peace Culture newsletter, Ogura says, “Over the past 30 years, I have interpreted the testimonies of various atomic bomb survivors (hibakusha) on the one hand, while on the other communicating my own experience in English to the people of the world. I do this because I do not want humankind to ever again experience the horror caused by nuclear weapons. I know that retribution and hatred mean nothing under that mushroom cloud, and that the people of the world share the same fate.”

Telling the story of Hiroshima

A graduate of Hiroshima Jogakuin University, Ogura married Kaoru Ogura, a Japanese-American and director of Hiroshima Peace Memorial Museum and secretary general of the Hiroshima Peace Culture Foundation, in 1962. He was one of the first people to interview survivors.

Following her husband’s death in 1979, Ogura began telling the story of Hiroshima and became an interpreting coordinator for peace-movement visitors from abroad. In 1984, she established Hiroshima Interpreters for Peace and published “Hiroshima Handbook,” “Hiroshima Peace Park Guide,” “Hip’s Hiroshima Guide” and “One Day in Hiroshima.”

In inviting Ogura to campus, Sho reached out to many partners on campus because Ogura’s experiences touch on so many different areas of academic interest—from the historical and architectural aspects to the survivors who were treated as having a disability and were discriminated against, which touches on disability studies.

Her planned visit also spawned the collaboration with Professor of Practice Morris, who is a co-founder of the Canary Lab with his wife and Associate Professor in the transMedia department, Susannah Sayler. The Canary Lab, which develops research-based art and media focused on ecology, is co-sponsoring Ogura’s visit.

Morris hopes community members find meaning in her experience. He wants people to take away “a knowledge of the resilience of humans and respect for those willing to transcend a tragedy through commitment and personal strength,” he says.

Students in Sho and Morris’s seminar course will meet with Ogura as they look at the theory of historiography, in terms of museums and memorials and how they reveal a curator’s intentions and biases.

“On a concrete level, we want our students simply to understand what happened at Hiroshima and why. On a more complex level, we want them to understand methods of representing history, particularly traumatic events in history, that do not sensationalize, romanticize or fall prey to propaganda,” Morris says. “Sometimes to tell the truth you have to tell it slant and we must recognize that, in part, our authentic relation to an event like Hiroshima is grounded in its very remoteness. We are learning how to bring the event of Hiroshima nearer while still, paradoxically, respecting that essential remoteness—an act akin to recognizing privilege of any sort.”

As part of the seminar course, students are creating exhibitions at the Everson Museum of Art concerning various themes surrounding Hiroshima. All pieces must come from either the Everson Museum, SU Galleries or the Hiroshima Peace Memorial Museum.

Sho, Morris and Sayler curated a first exhibition to kickstart the process. In the second phase, opening Oct. 19, students will pull together archival pieces for an exhibition that will tell different histories and memories of that time. In the last phase, students will create their own work in response to the archival material and exhibit their pieces beginning Nov. 16.

“There are so many ways you can understand historical events,” Sho says. “The one thing that is important to both Ed and I is to critically examine what happened and to create a constellation of multiple perspectives, so we bring them closer together instead of creating conflicted views that would never relate to one another.”

The public events surrounding Ogura’s visit are the following:

Curated by the Canary Project and Yutaka Sho, the show includes original artwork by Syracuse University art and architecture students.

Discussion participants may sign-up for a virtual reality video workshop to experience the moment the A-bomb was dropped in Hiroshima, created by the students at Hiroshima Fukuyama Technical High School. The workshop will take place immediately after the conversation at the Alan Gerry Innovation Lab.