Hope H. Glidden, professor of French and francophone studies in the Department of Languages, Literatures and Linguistics in the College of Arts and Sciences, died Sunday, Sept. 17. She was born in New York City on Feb. 22, 1945. 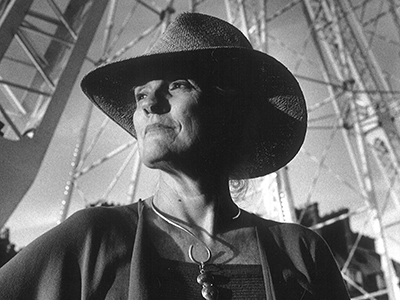 She developed a deep love for the French language at an early age and later received a B.A. from Lawrence University and an M.A. and Ph.D. from Columbia University in French literature. She began her academic career at Wesleyan University as an assistant professor, where she taught for eight years, and later moved to Tulane University, where she spent the bulk of her career. She served as the Kathryn B. Gore Professor of French at Tulane until joining Syracuse University in 2010.

Stefano Giannini, chair of the Department of Languages, Literatures and Linguistics, says, “Hope’s presence at SU was tremendously effective: as a scholar, she brought powerful insight in the study of the Renaissance, as a dedicated member of the Syracuse University Medieval and Renaissance Studies group, and in the humanities at large. A fearless advocate of their importance, Hope did not miss an occasion to speak as eloquently as she only was able to, to support them. As a teacher, she showed an inexhaustible care for her students’ learning and achievement of their goals. During her last semester of teaching, spring 2017, already frail, she devoted endless hours to her students and often talked to her colleagues about supporting the students’ career development in any possible way.”

Giannini went on to say, “On a more personal note, her friendship was a gift that I will always treasure. She helped me in my professional development with sound advice and never-ending encouragement.”

Glidden was an active member of the Renaissance Society of America, the Sixteenth Century Society and the Modern Languages Association. She was also a dedicated member of the Syracuse University Medieval and Renaissance Studies group. Among the many honors she received was the Chevalière de l’Ordre des Palmes Académiques (2001) from the French Ministry of Culture and the Outstanding Teacher of the Year award, conferred by Tulane University’s Newcomb College Mortar Board (1995). She was the co-author, with Norman R. Shapiro, of “Lyrics of the French Renaissance: Marot, Du Bellay, Ronsard” (2006) and author of “The Storyteller as Humanist: The Serees of Guillaume Bouchet” (French Forum Monographs No. 25).

She was an enthusiastic and devoted scholar of French culture and literature, specializing in the works of Rabelais and Montaigne. She frequently visited her beloved France and her favorite city, Paris. She was dedicated to her students and worked diligently to support their careers.