Organist Anne Laver and soprano Janet Brown will present a program of sacred music by women composers as part of the 2017-18 season of Hendricks Chapel’s Malmgren Concert Series on Sunday, Oct. 8.

The concert, titled “Feminine Voices,” will begin at 4 p.m. in Hendricks Chapel and is free and open to the public. Parking will be available in the Irving Garage. 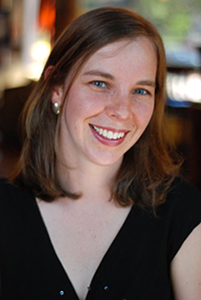 The evocative music of prize-winning British composer Judith Bingham provides the framework for the concert. The program will include “Altartavla,” a multi-movement piece inspired by a Swedish altarpiece that the composer paired with contemporary poetry; “St. Bride, Assisted by Angels,” the story of St. Bride’s time travel to the scene of the Nativity; “Prelude and Voluntary,” based on the story of the Road to Emmaus; and “Jesum quaeritis Nazarenum,” an aria for soprano and organ depicting the disciples’ experience at the empty tomb on Easter Day. Additional sacred works by contemporary Korean composer Eunyoung Kim and early 20th century French composers Elsa Barraine and Lili Boulanger complement the music by Bingham.

Bingham’s music frequently draws upon biblical narrative and art for inspiration, and therefore lends itself to pairing with the poetry and artwork upon which it was based. Poetry and images of artwork will accompany the music, as will written program notes.

“Ms. Bingham’s music appeals to me on so many levels,” says Laver. “I love that her music takes you on a journey; it never leaves you in the same place in which you began. Her fluid theology also resonates with me; she appreciates the biblical stories and makes use of them like a good storyteller. Most of all, though, she knows how to write effectively for the organ, which is no small feat. Every time I include one of her pieces on my concert programs, audience members always have a positive reaction.” 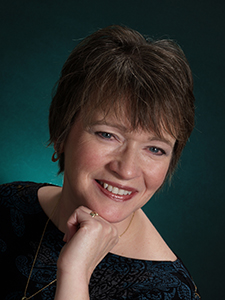