The generosity of Daniel A. D’Aniello ’68, a University Life Trustee, and his wife, Gayle, is the catalyst behind the launch of Boost the Cuse, Syracuse University’s first ever Giving Day on Oct. 17. The D’Aniello family has pledged $500,000 to match new or additional gifts. 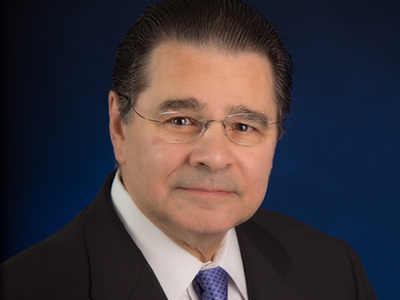 “We are honored to have the opportunity to energize this one-day, all-hands-on-deck effort to support the Invest Syracuse initiative,” says D’Aniello. “I am confident the funds raised will help those individuals with great talent and promise—but for whom a Syracuse degree seemed out of reach—to come here. I applaud my alma mater for taking such bold steps to elevate the University’s academic excellence and student experience.”

In addition to challenging others to give, the D’Aniello family’s gift will help support Invest Syracuse: Advancing Academic Excellence and the Student Experience, a $100 million initiative that seeks to redefine the student experience, advance discovery and innovation, and expand opportunity and access. The Invest Syracuse initiative includes a $40 million fundraising goal to support scholarships for promising students from across the socioeconomic spectrum.

“The D’Aniello family’s leadership and generosity are vital to the success of this ambitious 24-hour challenge,” says Chief Advancement Officer Matt Ter Molen. “The goal of the day is to have 1,870 donors join the D’Aniello family in supporting the University and this initiative.” Syracuse University was founded in 1870.

D’Aniello, who later this week will receive the Arents Award, Syracuse University’s highest alumni honor, has consistently supported the University in service and philanthropy. In addition to serving on Syracuse’s Board of Trustees, he co-chairs the Institute for Veterans and Military Families (IVMF) Advisory Board and serves on the Martin J. Whitman School of Management Advisory Board. He also has contributed generously to scholarship funds, student experiential learning, the Entrepreneurship Bootcamp for Veterans with Disabilities, the D’Aniello Lecture Series, the IVMF and the Whitman School.

Professionally, D’Aniello is chair and co-founder of The Carlyle Group. Prior to forming Carlyle in 1987, he was vice president for finance and development at Marriott Corp., where he oversaw the valuation of all major mergers, acquisitions, divestitures, debt and equity offerings and project financings. Before that, he was a financial officer at PepsiCo and Trans World Airlines.

D’Aniello was awarded the U.S. Navy Memorial Foundation’s Lone Sailor Award for drawing upon his Sea Service experience to achieve success in his personal and professional life, while exemplifying the core values of honor, courage and commitment. He is a member of the Council for the United States and Italy, the John Templeton Foundation, the Lumen Institute and the U.S.-China CEO and Former Senior Officials’ Dialogue of the U.S. Chamber of Commerce. He is vice chair of the board of trustees of the American Enterprise Institute for Public Research and chair of the Wolf Trap Foundation for the Performing Arts. He also has overseen various public and private companies in which Carlyle has or has had significant investment interests.

To make a gift and to learn more about Invest Syracuse: Advancing Academic Excellence and the Student Experience, visit http://InvestSyracuse.syr.edu.

7 to Be Honored at 2022 Alumni Awards Celebration

Seven outstanding alumni will be honored by Syracuse University as part of the 2022 Alumni Awards Celebration on Friday, Sept. 30. The celebration is one of the signature events of Orange Central, the University’s annual homecoming and reunion weekend. This…