Although Elizabeth Cady Stanton (1815-1902) is credited as a leading figure of the early women’s rights movement, her legacy includes an absolutist perspective with a racist, elitist strand. Lori D. Ginzberg, author of “Elizabeth Cady Stanton: An American Life” (Farrar, Straus, Giroux, 2009), will discuss the complex lessons Stanton’s life and work offer for modern feminism and democracy on Friday, Oct. 6. 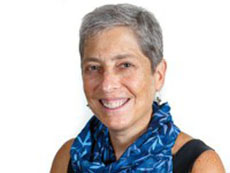 “Rights and Racism: The Complex Legacies,” will be at 4 p.m. at Maxwell Auditorium. A reception will follow the lecture, and parking is available for $5 in Irving Garage. The State of Democracy Lecture Series is sponsored by the Maxwell School of Citizenship and Public Affairs with generous funding for this event by the Norman M. and Marsha Lee Berkman Fund. The lecture is in partnership with the Campbell Public Affairs Institute and the Department of African American Studies.

Communication Access Realtime Translation (CART) will be available for this event. If you have requests for accessibility and accommodations, please contact the Equal Opportunity, Inclusion and Resolution Services (EOIRS) office at 315.443.4018.
Lecture respondents will be Kristi Andersen, professor emeritus of political science, and Marcia Robinson, assistant professor of religion.

“While winning the vote in New York state was a major victory for the suffrage movement, these events will not be purely celebratory,” says Carol Faulkner, associate dean of Maxwell and professor of history. “Instead, we want to portray the complexity of the history of suffrage, and its different meanings for different groups of women.”

With the national centennial of women’s suffrage approaching in 2020, “it is important to remember that not all women won the right to vote in 1920 and that some women already had the right to vote,” she says. “Voting rights was one aspect of a larger, contentious struggle for equal rights. It is also a right that was, and is, vulnerable.” 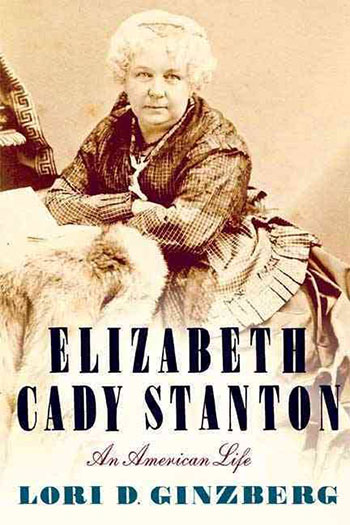 As Stanton lobbied for women’s suffrage, she “descended to some rather ugly racist rhetoric along the lines of, ‘We educated, virtuous white women are more worthy of the vote,’” Ginzberg tells NPR in a 2011 interview about her book. Stanton “certainly claimed that she fought for the rights of all women,” Ginzberg says. “But when she said ‘women,’ I think … that she primarily had in mind women much like herself: white, middle-class, culturally if not religiously Protestant, propertied, well-educated.”
Ginzberg is associate professor of history and women’s studies at Pennsylvania State University. She also authored “Untidy Origins: A Story of Woman’s Rights in Antebellum New York (Chapel Hill: UNC Press, 2005) and “Women and the Work of Benevolence: Morality, Politics, and Class in the Nineteenth-Century United States (New Haven: Yale Univ. Press, 1990; paperback, 1992).

The November events are:
Nov. 9: University Lecture with Jill Lepore, 7:30 p.m. at Hendricks Chapel. Lepore is the David Woods Kemper ’41 Professor of American History at Harvard University and a staff writer at the New Yorker. Her publications include “The Secret History of Wonder Woman” (Knopf, 2014), winner of the 2015 American History Book Prize, and “Joe Gould’s Teeth” (Knopf, 2016). She is currently writing a history of the United States. She writes about American history, law, literature and politics for The New Yorker.

Nov. 27: Black Feminists and the Transformation of American Public Life, 6 p.m., Joyce Hergenhan Auditorium, 140 Newhouse 3. Johnnetta Betsch Cole, Paula Giddings and Beverly Guy-Shetfall will discuss their careers and the past and future of black women’s activism.