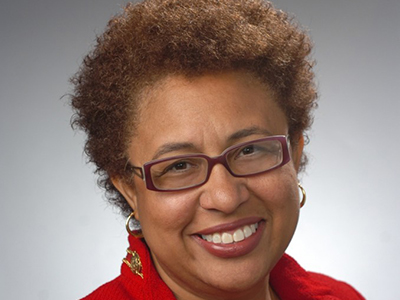 Rochelle Ford, professor and chair of the public relations department in the Newhouse School, and the Rev. Unnia L. Pettus are co-editors of a new book, “Ofield: The Autobiography of Public Relations Man Ofield Dukes,” which has been nominated for a 2018 NAACP Image Award.

In the book, Dukes takes readers through his life journey from the fields of Alabama to a career counseling presidents from Kennedy to Clinton; mayors, including the first black mayor of Detroit and Marion Barry of Washington, D.C.; celebrities such as Prince and Don King; and civil rights leaders like Dorothy Height and Coretta Scott King.

“It is a must-read for any student of journalism, public relations or American history, with its depth and perspective on historical events that fill in the gaps of stories others have told,” says Denise Rolark Barnes, publisher of The Washington Informer. 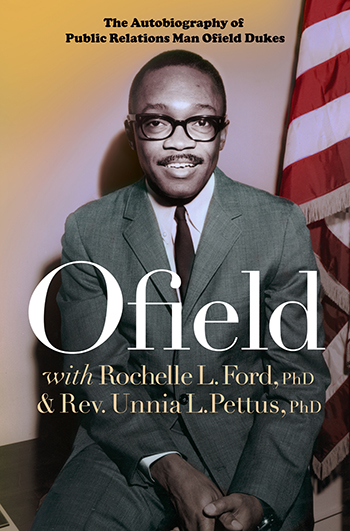 A mentor to Ford, Dukes served as an educator at Howard and American universities and a reporter for the Detroit Chronicle, and was the founder of the Washington, D.C., chapter of the National Black Public Relations Society. He received the Gold Anvil award from the Public Relations Society of America (PRSA) and was posthumously inducted into the PRWeek Hall of Fame in 2014. He asked Ford to edit his memoir and assure its publication.

Ford says that rather than just telling his life story, Dukes provided insight on the importance of staying true to yourself and following your heart during all of life’s adventures and misadventures.

“Ofield’s autobiography is so intensely personal that you can hear him speaking the words. You know that he is speaking truth to power, and every word resonates with candor, passion and honesty,” says Debra A. Miller, former national CEO of PRSA.

Copies of the book may be purchased at the PRSA National Assembly Luncheon on Oct. 7 and the PRSSA National Conference on Oct. 8 in Boston; at the inaugural Ofield Dukes Excellence in Public Relations Awards ceremony on Oct. 21 in Washington; and online at Amazon or Barnes & Noble.

The book, published by PRMuseum Press, was released in August.