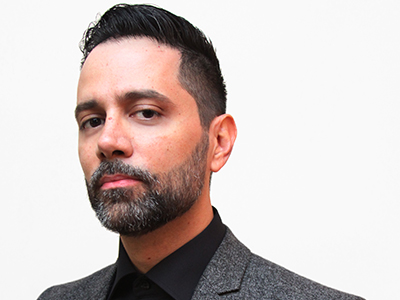 “On behalf of the Latino Hispanic Heritage Month planning committee, we’re pleased to welcome Edgardo as our commemorative speaker,” says Marissa L. Willingham, program associate in the Office of Multicultural Affairs and co-chair of the committee. “Edgardo will share his path from the City of Syracuse to opening his own studio and becoming a best-selling writer and artist.”

Miranda-Rodriguez self-published “La Borinqueña” under his own studio, Somos Arte.  His debut as a writer for Marvel’s “Guardians of the Galaxy: Tales of the Cosmos” has been received with critical acclaim similar to his initial work with Marvel as curator of two exhibitions—”Santerians: The Art of Joe Quesada” and “Marvelous Color.” Via Somos Arte, he has a client roster that includes Marvel, Columbia University and various Latino nonprofits, including ASPIRA of New York, El Puente and the Caribbean Cultural Center African Diaspora Institute. His client roster also includes Atlantic Records, for which he designed the cover to the best-selling album “The Hamilton Mixtape.”

In addition to his work under his studio, Miranda-Rodriguez was the artistic director of “Pa’lante Siempre Pa’lante,” part of the acclaimed PBS POV documentary series that received the Silver Apple Award from the National Media Alliance. He is also co-founder of the graphic novel publishing company Darryl Makes Comics with his business partner, Darryl DMC McDaniels.